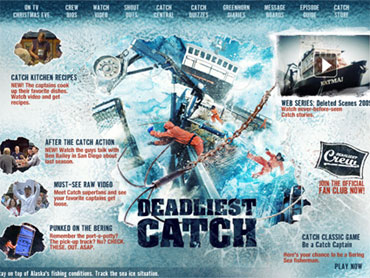 TMZ reports Tennison, a crew member on the F/V Time Bandit on "Deadliest Catch" was found dead Tuesday in a hotel in Homer, Alaska. He was 34.

Citing police sources, TMZ reports police found drugs and alcohol in the hotel room. It's unknown at this time whether the alcohol or drugs played a role in Tennison's death. An autopsy is scheduled for later Wednesday. Police told TMZ they thought there had been a party in the room the night before Tennison's  death.

A post on the Time Bandit's official website reads, "Justin fished commercially for many years, living in Alaska for 28 years. He worked on the Time Bandit, alongside his second cousin, Eddie Uwekoolani, Jr., serving as Engineer during the tendering seasons, and joined the Time Bandit crew as a deckhand fishing the Red King 2010 and Opilio 2011 seasons."