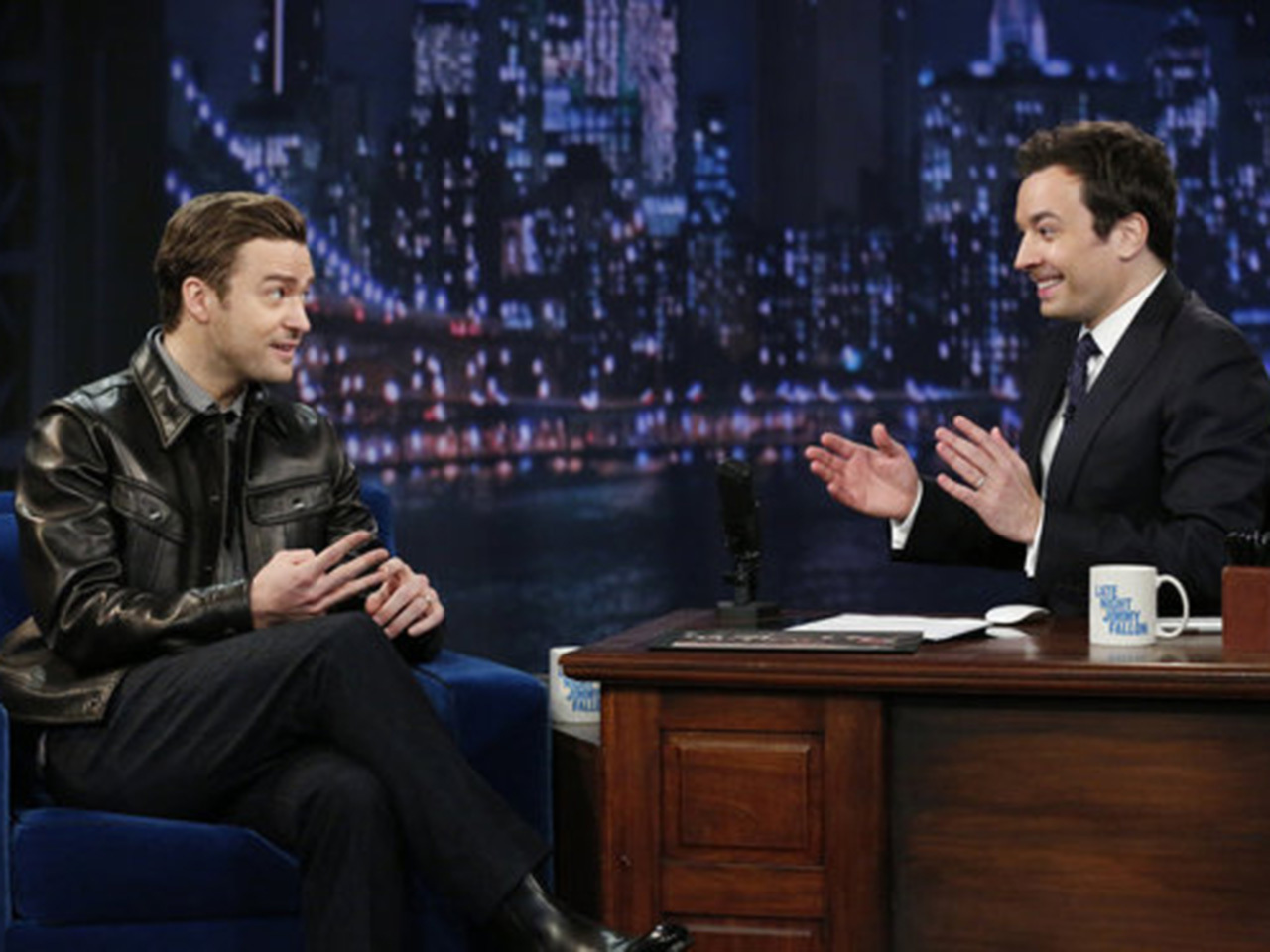 Justin Timberlake has responded to reports of his alleged feud with rapper Kanye West, urging everyone to "keep calm and Kanye on."

The "Suit & Tie" singer has been busy promoting his soon-to-be-released album "The 20/20 Experience" with appearances on shows like "Saturday Night Live" and "Late Night with Jimmy Fallon," where talk of the alleged riff with West was brought up Monday night.

Fallon asked Timberlake about lyrics he changed during a portion of his "Suit and Tie" performance on "SNL" over the weekend. The original lyrics on the recorded track are "[Expletive] so sick got a hit and picked up a habit," but during his "SNL" appearance Timberlake instead said, "My hit's so sick got rappers acting dramatic."

Some saw this as a rebuttal to West, who previously slammed "Suit & Tie" during one of his recent concerts in London.

But the 32-year-old Timberlake has downplayed reports of a row, telling Fallon's audience that he doesn't remember changing the lines on "SNL" and that he "absolutely loves Kanye."

In an unusual publicity move, Timberlake will make appearances on "Late Night" every night this week in promotion of his highly-anticipated new album which officially goes on sale March 19.

"The 20/20 Experience" can also now be streamed for free in its entirety on iTunes up until the album's release date.