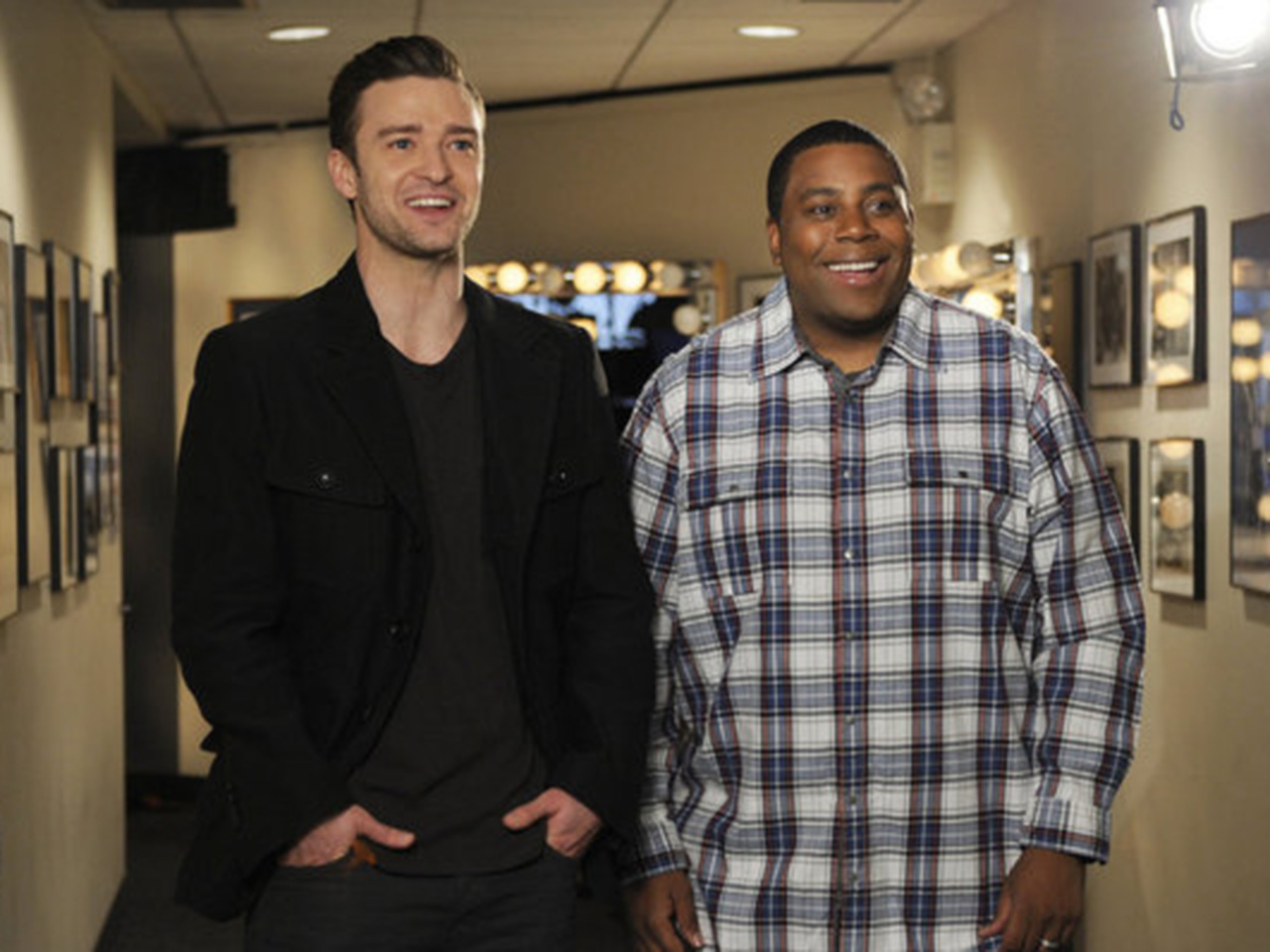 Justin Timberlake and "Saturday Night Live" cast member Keenan Thompson can be seen together (along with a couple of Timberlake "clones") in a series of new promo clips for the latest upcoming installment of "SNL," with Timberlake serving as as both host and musical performer.

The 31-year-old "Suit and Tie" singer is no stranger to the late-night sketch-comedy series.

This will mark the fifth time Timberlake has hosted "SNL" in addition to almost a dozen other musical performances and cameos over the years.

Timberlake has proved a fan favorite, appearing in now-classic skits such as the Emmy-winning 2006 digital short,"D*** in a Box."

In this new series of clips, Timberlake jokes with Thompson about forgetting to bring his (you guessed it) suit and tie to his latest gig.

"I'm walking out of the house and I'm thinking, 'You're forgetting something, J.T.! Stupid, stupid, stupid!," Timberlake quips.

Following his "SNL" stint, Timberlake will do a full week of performing on "Late Night With Jimmy Fallon" from March 11-15.