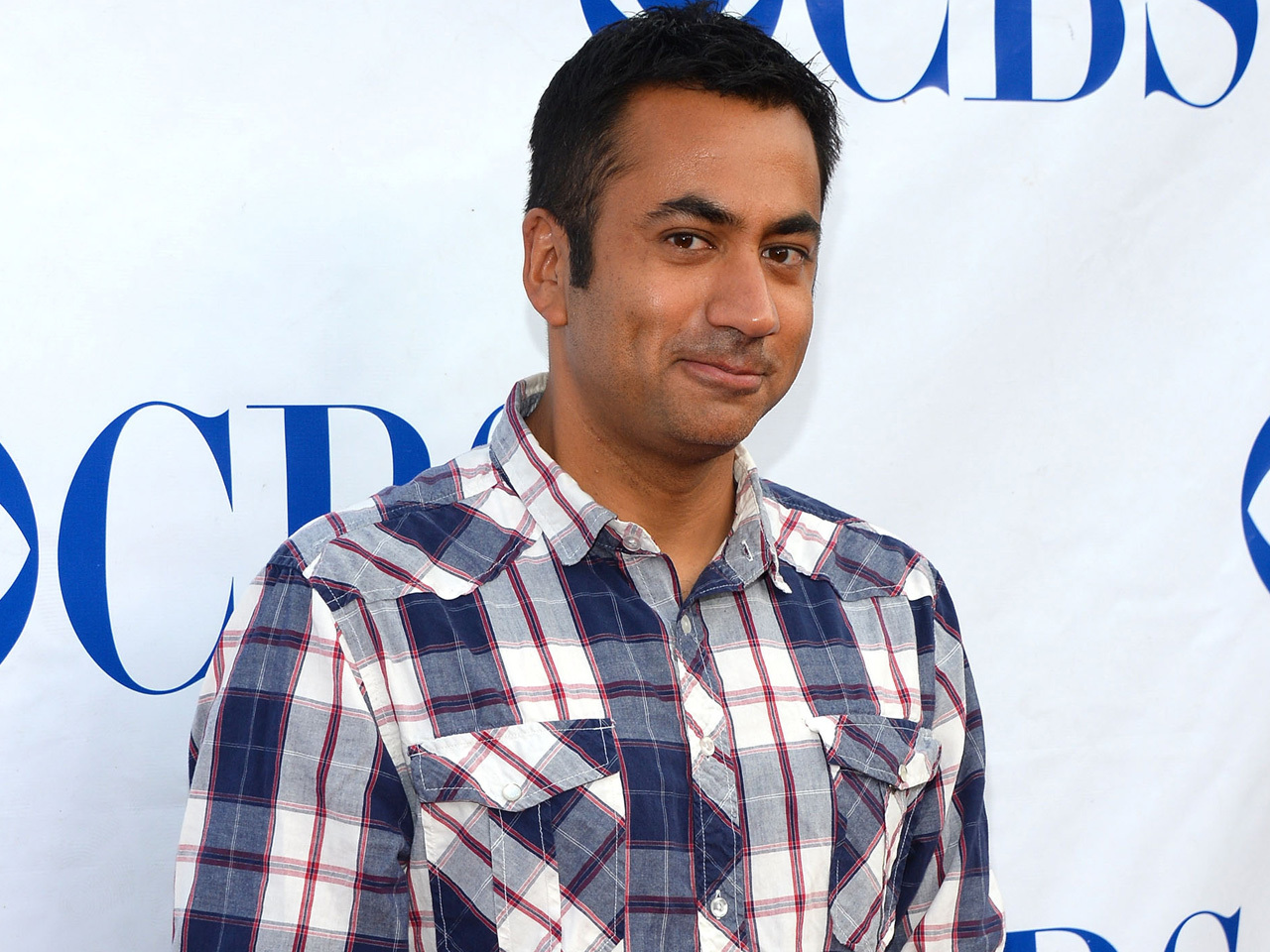 Kal Penn jokes that he's been suffering from a little "neurosis" throughout the making of the new CBS sitcom, "We Are Men," which debuts tonight (Monday, Sept. 30) on CBS.

The 36-year-old actor has never been part of a TV series from the start, so it's been somewhat of nail-biting process with questions over whether the pilot will ever get shot and if it will get picked up. And as with every new TV series, there's the big question: Will it survive or get canceled?

Luckily for Penn, co-star Jerry O'Connell has calmed his nerves a bit: "Jerry has taught me to just relax...You talk to Jerry and he's like, 'You need to relax. You need to enjoy this. Either it's going to get canceled, or nine years will go by and it will end, and in both cases if you don't relax, you're not going to enjoy it.' I'm like, 'You know what? I like this Jerry O'Connell.'"

It turns out, Penn likes all of his fellow cast members. A lot. "Jerry, Tony (Shalhoub) and Chris (Smith) -- we all really really like each other, so now there's this whole thing where we hope it does well not just for the selfishness, but for the emotional selfishness...I really want to spend the next couple of years with these guys," Penn told CBSNews.com. "They're so funny and we're having such a great time....I feel very very lucky."

Seven episodes have already been shot for the new single-camera comedy about four single, emotionally vulnerable guys living in a short-term apartment complex who unexpectedly become friends, all while making many missteps in the romance department.

"I play a guy who's incredibly flawed, had this great marriage but screws up by cheating on his wife," said Penn, who portrays Gil Bartis on the show. "I also have a 9-year-old daughter, which I never had the chance to have before as a character."

And Penn says he's learning a lot from working with Shalhoub, known for his starring role in the TV series, "Monk." "Tony is so patient and even just by doing scenes with him, you learn to find all these cool moments," Penn said. "A lot of them are not even really spoken. A lot of funny stuff comes from just bizarre looks that people give each other in real life."

Penn, who has graced the big screen in "The Namesake" and the "Harold & Kumar" movies, is excited for his "We Are Men" character to unravel slowly with each week's new script. It's unlike movies "where you have everything right in front of you when you start," he says, noting, "I enjoyed that when I was on 'House MD' too, learning a little bit more about my character Dr. Putner, as each script would come in."

With "We Are Men," Penn says viewers can expect some edgy jokes throughout the series, but that each episode "ends very sweetly with a whole lot of heart."

"In the second episode...we end up stealing a dog," said Penn. "A dog is part of a custody dispute with Jerry O'Connell's character...For guys a lot of this stuff, your sense of humor -- whether you want to admit it or not -- doesn't really change from the time you're 12 years old. For whatever reason, we all revert back to being 12 years old from time to time."

Now that the show is about to make its debut, Penn will try to just take a step back and see what happens because as with most things in life, you never know how it will play out.

"You put your heart and soul into something and you of course want people to enjoy it. It's one of the first lessons I learned with the first 'Harold & Kumar' movie," Penn said about 2004's "Harold & Kumar Go to White Castle." "We thought it was hilarious. We made this movie. Nobody saw it in the theaters...It was in the theaters for maybe three days. And it did so badly. And we were really bummed about it. And then six months goes by and then all of a sudden it's out on DVD and you can't walk down a college campus without 10 people going, 'Oh my gosh, I watched this new movie!' And you're like, 'You mean the movie from last year?' And thanks to fans we got to do a second one and a third one, so I think I learned from that movie is never read reviews...and I feel that way about broad TV comedies, too. Half of them [reviews] are probably going to be good, half of them are probably going to be not so good."

And what about "Harold & Kumar"? Will he and his co-hort John Cho go to White Castle again?

"I would love to do them," Penn said about filming more "Harold & Kumar" movies. "Kumar is probably the coolest character I've ever had the chance to play. He's way cooler than I will ever be. So I would love to keep playing him. I think that the production company, Mandate Pictures, they wanted to do three. There's an animated series for Adult Swim that's kind of been in the works for a little a while. And John Cho and I joke that you could do the next one eight years from now or 40 years from now -- and we can be in a nursing home, I don't know. I would welcome that kind of character stability."