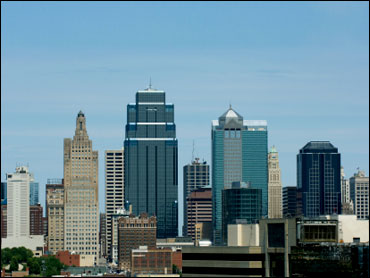 
Everything's up to date in Kansas City. So wrote Rogers and Hammerstein in the musical "Oklahoma." I paid a visit there recently and I can concur.

Folks are moving downtown, there's a construction boom of important civic projects and the Nelson-Atkins Museum of Art has just opened a brand new wing. The old building had been a citadel of art since the 1930s. The brand new addition called the Bloch building marries the two brilliantly, while gently caressing the impressive Kansas City sculpture garden.

Designed by Steven Holl Architects, the Bloch building is worth seeing itself - impressive from the outside, but even more brilliant from within.

I felt I was on stream which cascaded from one gallery space to the next, each its own eddy inviting to be explored. Modern, African, Impressionists, photography and the Noguchi sculpture court.