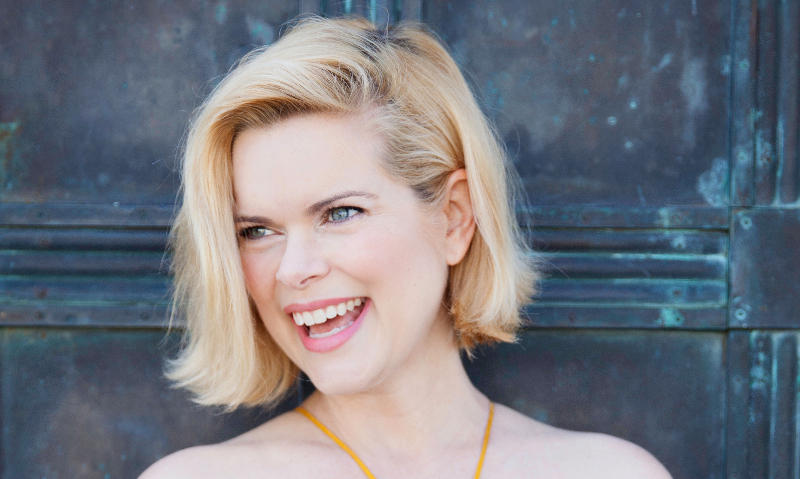 Screenwriter Kara Holden hit a career milestone at the Toronto International Film Festival this year -- and it was worth the wait. Holden’s “Carrie Pilby” -- starring Bel Powley, Nathan Lane and Gabriel Byrne -- made its debut at TIFF earlier this month, while her next film, “Middle School: The Worst Years of My Life,” is set for release Oct. 7.

CBS News caught up with Holden in Toronto to discuss what’s shaping up to be a very busy fall for her.

How has it been, premiering your first film at TIFF?

It goes to when I first started almost a decade ago as a professional writer. I decided that I didn’t want to go to a film festival unless I had my movie there, so cut to… it took a little longer than I realized it would, but oh my goodness the wait made it so, so sweet, you know? I was really nervous before the premiere because it’s a huge theater, but there is no sound like 1,200 people laughing at lines you wrote.

You hear stories about other festivals like Cannes and the audience there.

That’s what I was scared of, I really was. I wasn’t sure if it would be a little bit snootier audience because it’s a film festival. A woman yesterday took me aside after our screening and said, “You made a lot of people really happy today.” And I was like, oh my gosh, that is the greatest I could hope for. But sometimes critics don’t like to necessarily feel happy, you know what I’m saying?

Have you been doing much else aside from the screenings?

It’s been pretty packed actually. We had Q&As, we had some press that was really fun. For a writer, you’re at your desk all day, and for me to sort of get to dress up and take pictures, it’s fun. I went to the InStyle party yesterday -- I almost didn’t go because, as a writer, I’m a little bit of a semi-hermit. And so last night it was 10:30 or 11 and my sister called and she said, “Where are you right now?” I said, “I’m in bed”. And she said, “Teenage you would hate you right now, go to that party!” So I put my dress on, I got there at midnight. I haven’t done that in… I don’t even know how long.

Where did “Carrie Pilby” come from?

“Carrie Pilby” was actually based on a novel, a wonderful novel. My sister-in-law, she’s a writer, so the producers went to her and asked her if she’d like to get into adapting it for them and she said, “Well, actually, this IS Kara, you have to bring this book to her!” I read it and I just fell in love with it. And I just immediately knew how to make it cinematic, because it’s a very interior book -- it’s first person, in her head most of the time, and I just saw it.

What changed the most between the novel and film?

Well, in screenplays there needs to be a really specific structure, whereas novels can be more meandering, a little more open-ended and a lot more in the head, you know? I didn’t want to have voiceover in this, so I had to work hard to find ways to get her out of her head. There’s just different ways I tried to bring her out.

I’ll go home. First I’ll hug my one-and-half-year-old, who I left back at home for the first time -- which was difficult. But I’m working on a animated film -- my first animated -- which is exciting. And there’s one project that I really love and I actually would love to direct some day, which a lot of writers feel. You see your movie and think, “I would love to do that.” There’s one that I’m working on with kind of an eye towards that, maybe being my little baby from start to finish.