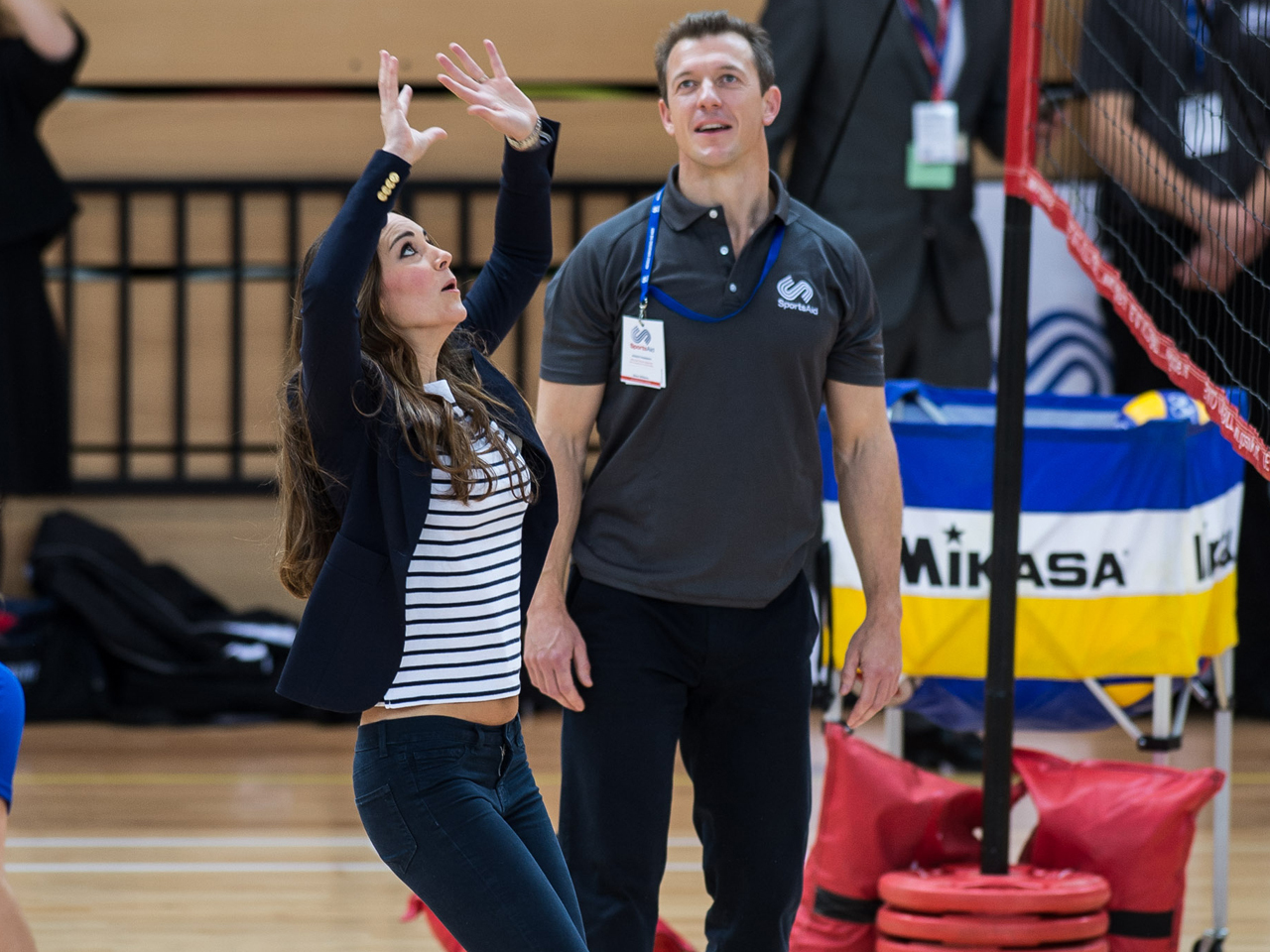 In her first royal outing since giving birth to Prince George in July, the Duchess of Cambridge proved that she is back in action -- quite literally -- when she showed off her volleyball skills on Friday.

The sporty princess, 31, demonstrated that she is back in fighting shape even rushing the net -- sporting a pair of extremely high wedges to boot -- while supporting her charity SportsAid in London's Olympic Park.

Looking casual and svelte in skinny jeans and a blazer, she spoke with young badminton players and wheelchair basketball players before she hit the volleyball court, where she managed to impress some members of her charity.

"She was really good," Jordan Dalrymple, a volleyball player who's benefited from SportsAid, told People. "She told me she has played beach volleyball before. We were quite impressed. She had the basic skills down -- and in heels."

She may be a mother now, but she will always be a fashionista.