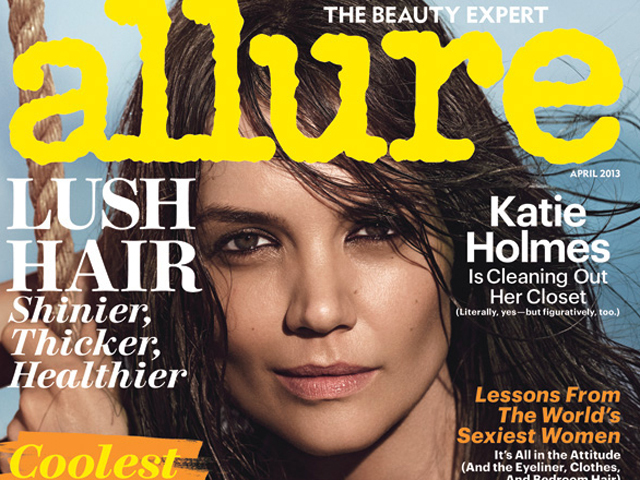 Katie Holmes doesn't talk about her split from actor Tom Cruise but she does say she hopes this year is better than the last.

The actress tells Allure magazine she wants 2013 to be "a peaceful year for a lot of people."

She goes on to cite some of 2012's major headlines like Hurricane Sandy and the Newtown, Conn., school shooting, adding she hopes "it's a good year for everyone."

The 34-year-old actress, who has a 6-year-old daughter named Suri with Cruise, does say she's "open" to the idea of expanding her family in the future.

She also addressed reports that have said she has thought about becoming a lawyer. "Well, my brother and father are attorneys, and - we'll see. I like the practical thinking of attorneys."

And the best advice Holmes' mother gave her? "She said, 'You may be pretty, and you may be talented, but nobody will remember that if you're mean.'"