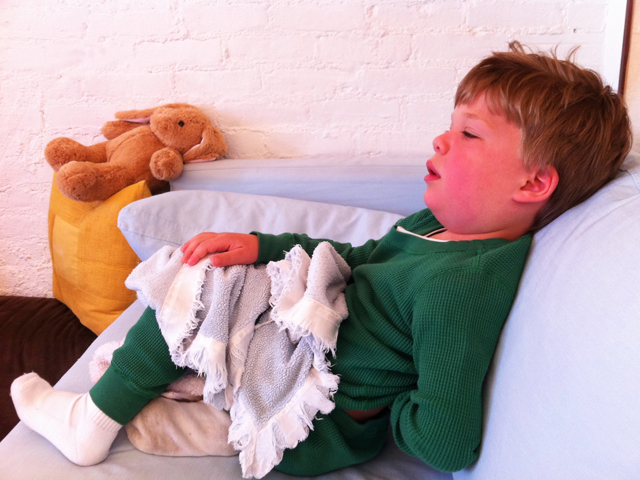 (CBS) - Before you go on another "I hate Facebook" rant (for making your life so public and you vulnerable to online predators of all kinds), consider that the social network can help you in many ways, even save your or a loved one's life.

Mom Deborah Copaken Kogan can attest to that firsthand. She uploaded a photo of her 4-year-old Leo Kogan's rash on Facebook on Mother's Day morning. "Nothing says Happy Mother's Day quite like a Sunday morning at the pediatrician's," she told friends and followers.

What Kogan (and her son's doctor) thought was strep turned out to be something else.

After her boy's symptoms got worse, she posted another photo of him on her page and asked friends to weigh in. She told friends that her boy had swelling and a fever. The next day, she got a call from a friend whose son had the same symptoms. "I hope you'll excuse me for butting in," she said, "But you have to get to the hospital. Now."

Her friend's son was hospitalized with Kawasaki disease, a rare condition that strikes children, causing swelling in the arteries throughout the body, including the coronary arteries that pump blood into the heart.

Kogan brought her son back to the hospital where he was treated for three weeks for subsequent liver complications. One in five children with Kawasaki disease also develop heart disease, and a small percentage of them have died, even with treatment.

Thanks to the support of Facebook friends, Logan was finally able to get the right answers to what was ailing her child. She told the full story in Slate on Wednesday.

Logan says Facebook also helped her not feel so isolated during the whole ordeal. She said she felt "profoundly connected" while at the children's hospital with her son.