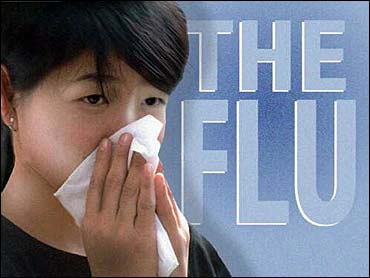 Despite the vaccine shortage, flu activity has been relatively low so far this season. But that could begin to change this week with people starting to travel for the holidays, spreading the disease as they go.

The Early Show health correspondent Dr. Emily Senay offered tips on avoiding catching or spreading the virus as you go from place to place.

You're bound to find yourself on crowded planes, trains or buses, and then do lots of hugging once you arrive at your destination.

So, advises Senay, "You always have to practice the hygiene techniques we've talked about since this (flu scare) began, which is washing your hands very thoroughly and avoid touching your face, nose, and eyes if you've been touching things out in public.

"Also," she tells co-anchor Rene Syler, "take with you alcohol wipes or some of those alcohol-based hand cleansers. …But it's very difficult to avoid people who may be spreading the flu in some cases, because they can be spreading it about a day before they actually have symptoms; and then for a period of time after they've been sick. So it can be difficult to avoid it in those situations, but if you see someone who is visibly sick to you next to you on the plane, you want to be extra cautious."

Senay also warned parents of kids and teens not to give them aspirin for flu-related symptoms, because aspirin is known to occasionally bring on the brain disease known as Reye's Syndrome, which can be fatal.

Syler asked, "If you haven't had a shot yet, can you still get one and you're in the high-risk category?"

"Yes, you can. Absolutely," Senay responded. "The Centers for Disease Control has worked with state health departments to distribute what's remaining of the vaccine, and I haven't heard any major hiccups with that in fact it seems to be going smoothly so far."

Senay notes the flu season has been relatively tame so far, and much milder than at this time last year.