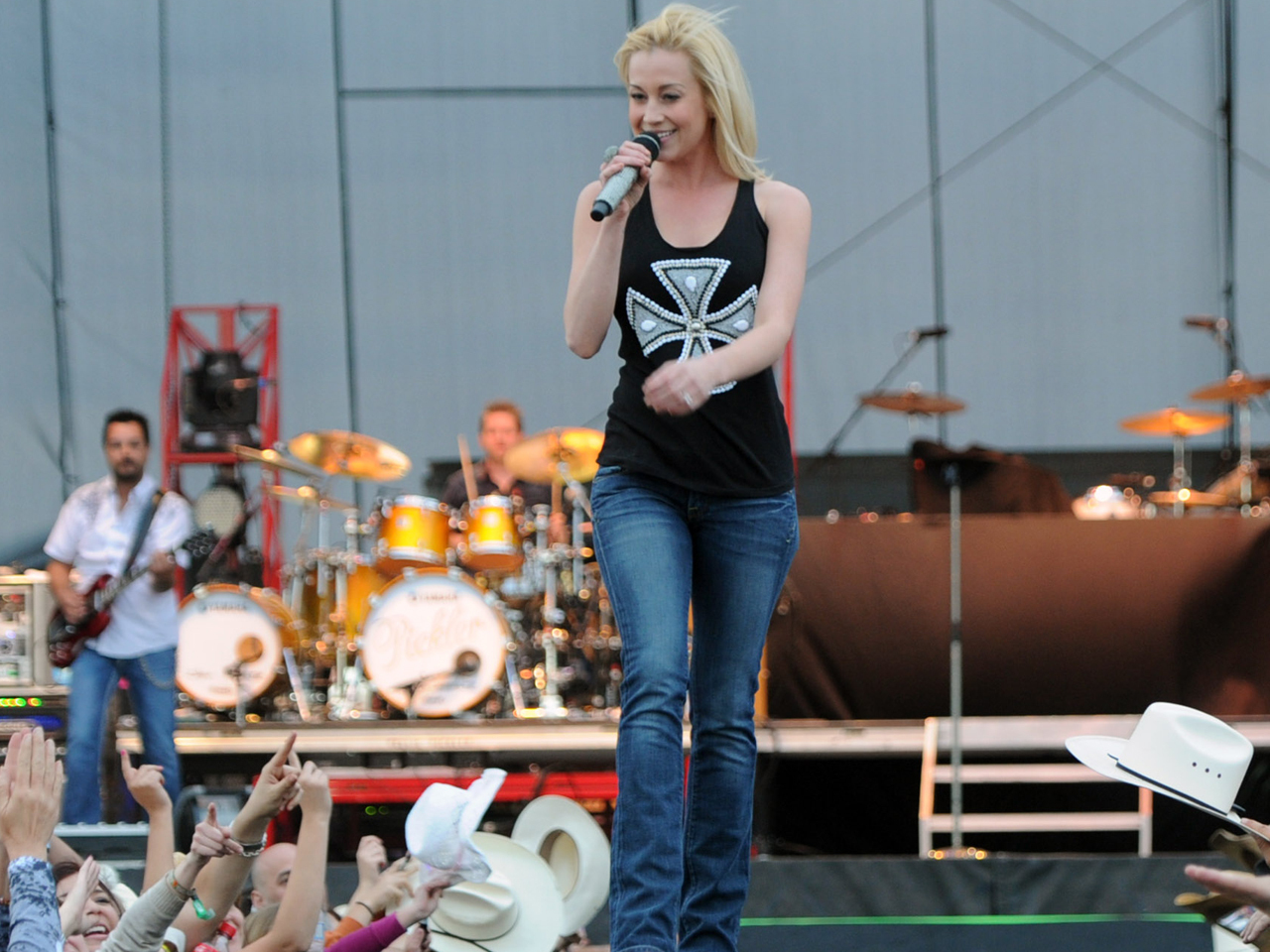 The drummer for country music star Kellie Pickler was in serious condition Sunday as one of five people hospitalized in two crashes that happened within minutes at the same spot on Interstate 65 in central Kentucky and killed six.

Kentucky State Police Master Trooper Norm Chaffins said Lohman, who also works as a music instructor at Tennessee State University, had head and neck injuries after a four-vehicle wreck in the southbound lanes. It happened about 15 minutes after a fiery crash involving a tractor-trailer and an SUV on the northbound side of the highway.

On her Facebook page, Pickler wrote: "Yesterday, my drummer Gregg Lohman was in a horrific car accident and is currently in ICU. Gregg is not just my drummer, he is family. I believe in miracles and the power of prayer, so it would mean the world to me, my band, and Gregg's family if you would please keep him in your prayers. Thank y'all so much."

Six people from rural Wisconsin were killed when the tractor-trailer rear-ended their Ford Expedition at about 11:13 a.m. ET on Saturday in the northbound lanes near Glendale, Ky.

Two other foster children survived and were taken to area hospitals. Police identified them as Hope Hoth, 15, who was transported to a hospital in Lexington with burns and a broken spine; and Aidian Ejnik, 12, who was taken to Kosair Children's Hospital in Louisville with cuts to the back of his head.

Barb Gollnow of Shawano, Wis., the sister-in-law of those killed, called the collision "a horrible tragedy," but said details about her family's trip that led them through the Bluegrass State would have to come from the surviving children in the family.

State Police said the family was returning to Wisconsin from a vacation to Orlando, Fla.

Chaffins said the tractor-trailer was following too closely to the SUV to stop before the collision. The Expedition was "totally engulfed in flames. It was totally destroyed by the fire," he said, adding, "It's just a charred mess." Distracted driving is among the causes being investigated.

"That's one of the points we're looking into," Chaffins said. "We haven't pinpointed the exact cause."

Chaffins said despite snow flurries, weather was not a factor in Saturday's crashes. The driver was identified as 47-year-old Ibrahim Fetic of Troy, Mich. Police were looking at his driving logs and collected a blood sample.

Pickler, meanwhile, was announced as one of the contestants on the upcoming season of "Dancing with the Stars."