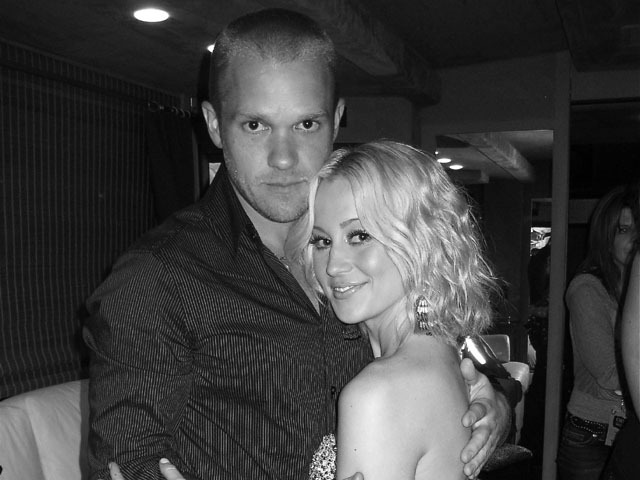 (CBS/AP) While most celebrities go lengths to keep the public away from their wedding day, country singer Kellie Pickler and songwriter Kyle Jacobs do just the opposite.

Jacobs, 37 wrote and recorded a song for her called "Say I Do," and used their private wedding footage for the music video. Fans can buy it on iTunes for a mere $1.99.

The video was shot on 8 millimeter film by a Nashville videographer who accompanied them to the Caribbean island of Antigua, where they eloped on New Year's Day. The couple's arrival, intimate moments walking on the beach and ultimately the wedding ceremony that took place on a sandbar stretching 200 feet into the ocean are seen on the video.

Pickler, 24, wore her flowing Badgley Mischka gown into the ankle-deep water, "walking down the aisle" on the sandbar where Jacobs was waiting for her. Jacobs, 37, tells The Associated Press that the video shows "two people madly in love."

"It was such a beautiful, spiritual, godly moment," describes Jacobs. "It felt like we were baptized out in that beautiful, crystal-blue water."

The newlyweds opted for an intimate wedding ceremony when they realized their original guest list looked more like a typical music industry event. "It felt like what we were planning was work," he said.

Composing a love song for his wife-to-be came easy to Jacobs - he has penned an estimated 800 songs since signing a publishing deal with Curb Records six years ago, including the No. 1 Garth Brooks hit "More Than A Memory." He said Pickler has inspired too many to count.

Jacobs credits his wife and muse for giving him the encouragement and confidence he needed to give singing a shot. "Say I Do" is his first release as an artist on iTunes. So far, he said, the reaction from family and friends has been overwhelmingly positive.

Pickler finished in the top six on "American Idol" in 2005. Her songs include the top 10 hit she co-wrote with Taylor Swift, "Best Days of Your Life," as well as "Red High Heels," "Don't You Know You're Beautiful," and her most recent single, "Makin' Me Fall in Love Again."