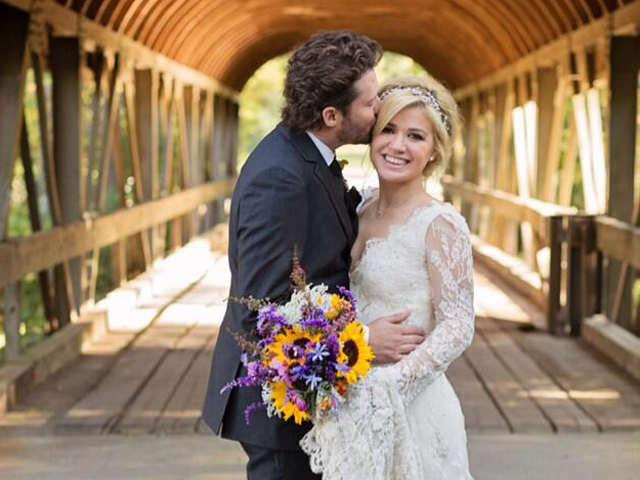 Kelly Clarkson has tied the knot.

The singer married Brandon Blackstock over the weekend in Tennessee, she confirmed Monday via Twitter:

Back in August, Clarkson, 31, said she and Blackstock had called off their original wedding plans, opting instead for something more low-key.

"Our whole life is a celebration," she told People at the time. "That's what we kept laughing about. We don't need another day where we throw a big party. Our lives are so in the spotlight all the time. Everything is such a spectacle, we were like, 'We would rather have an intimate moment that's special.'"

The couplegot engaged in December after dating for almost a year.

Blackstock, 35, a Nashville-based talent manager and stepson of country singer Reba McEntire, has two children from a previous marriage.