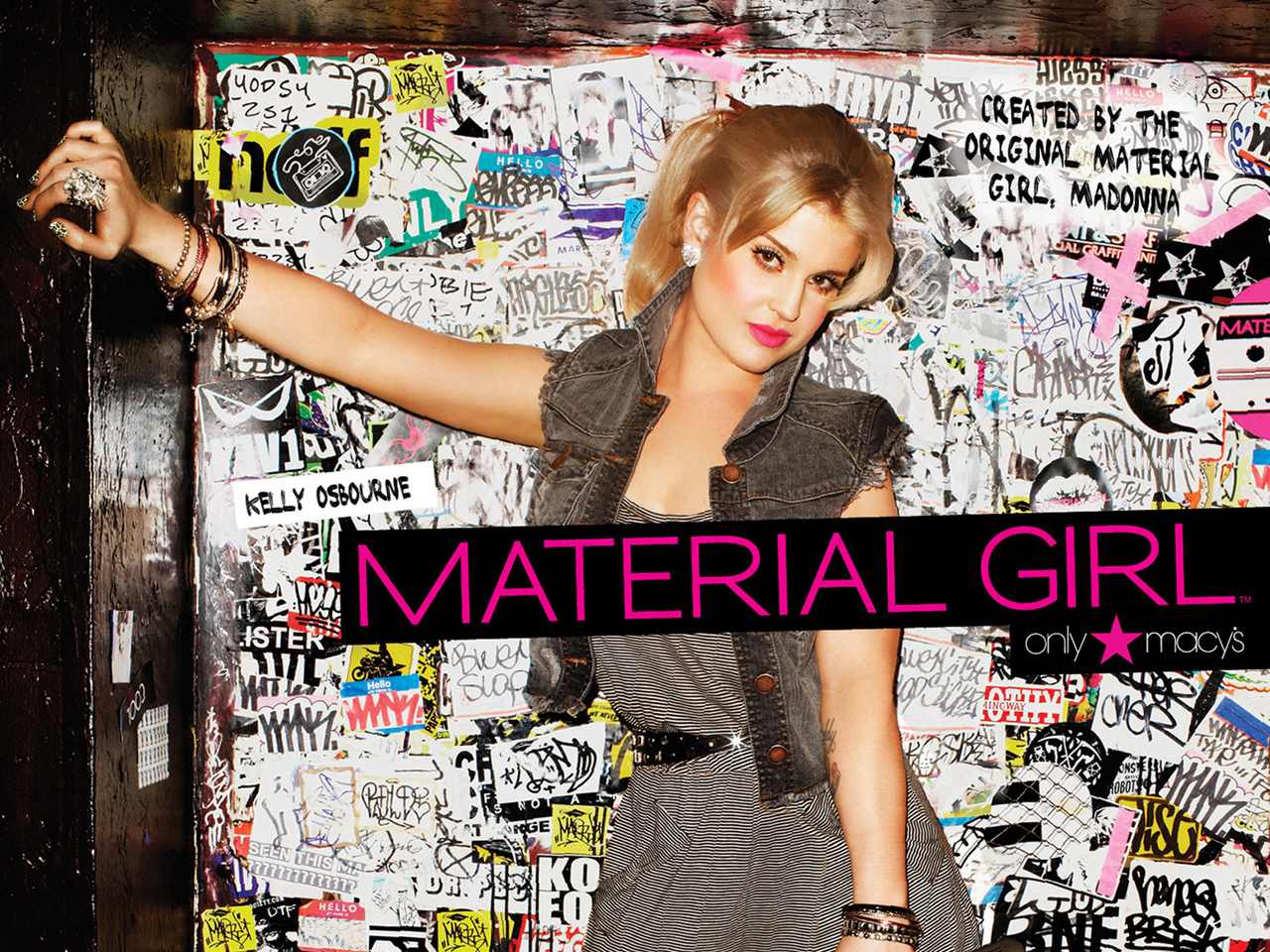 "It's such an honor to be a part of this campaign and it was an amazing experience to work with Madonna and Lola," the 26-year-old "Fashion Police" host said.

[Scroll down to see more pictures]

"I take so much of my style from Madonna in the '80s and I really admire how Lola dresses and that she stays true to herself,"  the former "Dancing with the Stars" contestant adds.

Madonna had equally nice things to say  about Osbourne, who is the daughter of heavy metal legend Ozzy Osbourne and "The Talk" co-host Sharon Osbourne..

"Kelly represents a true Material Girl. She is edgy, cool and has a unique sense of style that Lola and I love."

The adverts will debut in April issues of fashion and lifestyle magazines including Seventeen, Teen Vogue and Cosmopolitan, in stores, on outdoor billboards  and online at macys.com.