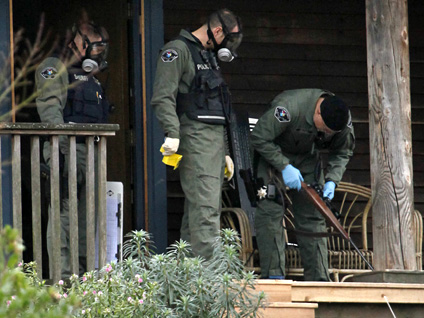 With two kids at home, actress Kelly Preston knows a thing or two about being a working mom.

Recently, she took on a role in the eagerly anticipated holiday film "The Cat in the Hat," playing a mom whose demanding boss challenges her time management skills.

The fun really starts when her character is supposed to host a party. Preston tells The Early Show co-anchor Rene Syler, "She's a single mom so she has to go to work and there is a big party tonight so there is a lot on the line. And as soon as mom leaves, the cat shows up."

Funnyman Mike Myers stars as Cat in the film adaptation of the book. The mischievous feline character pays an unexpected visit to two bored children trapped at home on a rainy day, who discover fun may come at a price.

Working with Myers was particularly fun, not just for the kids in the film, but Preston as well.

"He is an absolute genius," Preston says about Myers. "You would go to work and laugh all day and entertained by Mike. It was wonderful."

Originally published in 1957, "The Cat in the Hat," which was created by Theodor S. Geisel (a.k.a. Dr. Seuss), continues to entertain children while remaining one of the top 10 best-selling hardcover children's books to this day.

Preston notes the film stays true to the spirit of the book. "It's everything you love about the book because it's such a classic, but it's so much more. They elaborate on everything with the sets and it's fantastic."

Green rolling hills are the set for the film's fantastic neighborhood. Preston says, "People would drive by on the freeway and look at it and ask if they could live there."

Off the camera, Preston is involved with the Children's Health And Environmental Coalition, driven by her son Jett's unfortunate exposure to chemical fumes while at home.

She explains, "We would clean our carpets quite frequently, thinking we were doing the right thing, cleaning the environment, and the fumes and the chemicals affected his system and he got really, really ill and we almost lost him. From that moment on, I vowed to learn everything about chemicals in our environment and how they affect our kids. Really, it's a proliferation of chemicals these days in and outside of our homes and in their schools, so I work with them."

Some Facts About Kelly Preston