(AP)
As Caroline Kennedy begins drumming up support for her bid to replace Hillary Clinton in the Senate, the reactions to such a move keep coming in from all quarters.

This morning on The Early Show, Rev. Al Sharpton and Susan Molinari, a former congresswoman from New York, weighed in on what they thought of her possible appointment.

Sharpton said that while he was not formally supporting anyone to be picked, he thought Kennedy was "qualified to run." He also reacted to those who say she does not have qualifications for the office beyond name-recognition — by pointing out that Clinton was once in the same boat

Video:
Clinton: Kennedy Is Qualified
"She's succeeding someone that had faced the same arguments if in fact the governor appoints her," Sharpton said.

Molinari praised Kennedy, but also questioned whether she had the drive to engage in the retail politics and to fight for New York in the Senate.

"Particularly at a time like this, you need to be able to have almost — excuse the expression — but razor blades on your elbows," she said. "Whoever represents New York state going into all the major problems that we're going to be having over the economy — there will be major fights for the TARP funds. Do they go to the companies in Michigan or the banks in New York? Highway bills, stimulus packages. It will be New York versus every other state. Does she have sort of that gumption to get in there and push other states out of the way and fight for New York?" (

Watch more of Sharpton and Molinari from the Early Show.
)

"But I think the real issue here is, do you want someone who is a celebrity and comes from the right family and gives the sense that this is something for a person of privilege? Or do you go with someone who has paid some political dues, for whom you have a sense of how they might perform," he said. "She's never been tested, and there are a lot of people out here who have been."

But on the flip side, Ed Koch, the former mayor of New York City, gave her a hearty endorsement in the Times.

"I think that she will be a superb senator," Koch told the paper. "She's paid her dues and more."

Kennedy has another big name supporter in Senate Majority Leader Harry Reid. While in his home state of Nevada yesterday, he called her a "wonderful" choice, reports the Associated Press.

The issue of dynasties in American politics is also coming into play in the reaction to her candidacy. Politico wrote about how Democrats seem to be embracing "dynasty politics" with Kennedy and other family members of well-known people eyeing Senate seats. (Read more)

In the article, New York Republican Rep. Peter King, who is considering running for the seat in 2010, questioned why voters would support well-known people over "worked in the trenches" but he also gave an answer. "Americans always say they don't like royalty and hereditary connections," King said. "On the other hand, they really like families like the Kennedys."

Kennedy herself is trying to drum up support for her bid in upstate New York today. In a brief statement to reporters in Syracuse, N.Y., Kennedy said she "would be honored" to be considered for the spot, reports the AP. She is beginning an upstate tour to counteract critics who say she is too tied to New York City interests.

"I just wanted to say, as some of you may have heard, I would be honored to be considered for the position of U.S. senator," Kennedy said. "There are lot of good candidates the governor is considering and he's laid out a process and I'm proud to be in that process."

Syracuse City Councilor Stephanie Miner told this to the AP after meeting with Kennedy: "She said she had been thinking about this for a while, previous to this vacancy coming open… I think what's she's trying to do is to show to people she's more than a celebrity,"

Later Wednesday, Kennedy made another stop in Rochester, N.Y., where she made an effort to start diffusing her critics.

"I just hope everybody understands that it is not a campaign but that I have a lifelong devotion to public service," she said, according to the AP. "I've written books on the constitution and the importance of individual participation. I think I really could help bring change to Washington."

The appointment lies with Gov. David Paterson, who has not said much about which way he is leaning. 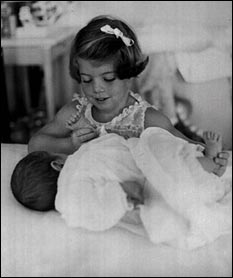