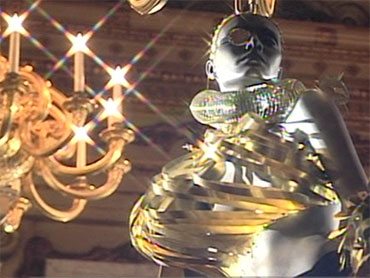 Kensington Palace, the last home of Princess Diana, has been a London landmark for four centuries.

And Friday, it becomes more accessible to the general public with a magic-inspired exhibit called "The Enchanted Palace."

"Early Show" Special Correspondent Amanda Holden shared a preview of the exhibit on the broadcast.

Holden pointed out the most abiding memory of the palace is of images of flowers covering the lawn as people mourned Princess Diana's death.

However, the home is still a residence for royals. Holden said the Duke and Duchess of Gloucester still live in one of the wings of the Palace and Prince and Princess Michael of Kent also reside on the estate.

But now, the public can also enjoy the historic property, as the exhibit gives new life to the palace. Click on the video below for an inside look at striking exhibits on display at Kensington Palace.