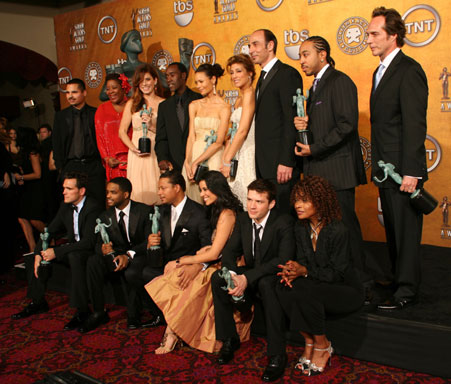 Even on the island of Puerto Rico, Kentucky wasn't a sure bet to hit the ocean very often.

The fourth-ranked Wildcats struggled miserably from 3-point range in their first two games of the Puerto Rico Shootout, but that ended Saturday when they went 9-for-23 from beyond the arc in a 66-62 victory over No. 10 UCLA in the game for third place.

Freshman Tayshaun Prince hit two 3-pointers -- one less than Kentucky had in its previous two games -- to start a 13-0 run in the second half, and the Wildcats held off the Bruins in a matchup of the schools with the most national championships.

"We weren't just missing shots, we were missing wide-open shots," Prince said. "We shot around this morning at the (Roosevelt Roads) naval station and that helped and then we just hit them in the game."

Kentucky (5-1), upset by Pittsburgh in the semifinals, held off the Bruins (2-2) thanks to some big plays by senior Heshimu Evans.

The Wildcats were a combined 3-for-34 from 3-point range in the first two games of the tournament. Prince's two 3s started the run that gave Kentucky a 56-45 lead with 6:44 to play.

"Tayshaun's two 3s were big for us because it opened the lead and got us going," Evans said.

UCLA, which lost to No. 5 Maryland in the semifinals, was within 58-55 with 3:20 left on a driving layup by freshman Jerome Moiso, He finished with 25 points, including half of UCLA's 30 in the second half.

Kentucky's Scott Padgett was fouled with 2:59 left, and he made the first and missed the second, but Evans, who finished with 16 points, grabbed the rebound and scored for a six-point lead.

Matt Barnes of UCLA cut it to 61-57 and Evans again came up big, scoring on a nice spin move with 2:04 left for a 63-57 lead. When the Bruins got within 65-62 with 17 seconds left on a tip-in by Moiso, Evans made one of two free throws for the final margin aUCLA missed two 3-point attempts before the buzzer.

"The seniors on this team

have had to make an adjustment and Coach talked to us about that in a nice talk at halftime," Evans said. "We responded to that."

Kentucky coach Tubby Smith said Evans, Padgett and Wayne Turner were the players the halftime talk was aimed at.

"I was concerned about getting those guys concentrating more on the team than themselves," he said. "I challenged them."

Turner added 12 points for Kentucky, which has won seven national titles, while Prince had 11.

Earl Watson had 11 of his 14 points in the first half for UCLA, which has 11 national championships, while freshman JaRon Rush also had 14.

"I felt comfortable in the first half and better in the second half," said Moise, a 6-foot-10½ center from France. "It worked out for me but not for my team so we have to get better."

UCLA led 32-27 at halftime but Kentucky came out with more defensive intensity and had the lead within 3:07 with a 10-4 as the inexperienced Bruins turned the ball over twice and missed a shot in that span. UCLA, which has 12 freshmen and sophomores on the roster and is still playing without starting point guard Baron Davis -- recovering from off-season knee surgery -- settled down until the big run in which it missed four shots in as many possessions.

"My whole life I've always been told the most important time in any half is the first five minutes and it was here as well as they used that time to get back in it instead of us staying in the lead," said UCLA coach Steve Lavin. "I told our kids that playing the No. 4 and No. 5 teams in the country is better for us than any patsies we could have played. I told them this is the just a glimpse of our potential and now we have to perform to that."