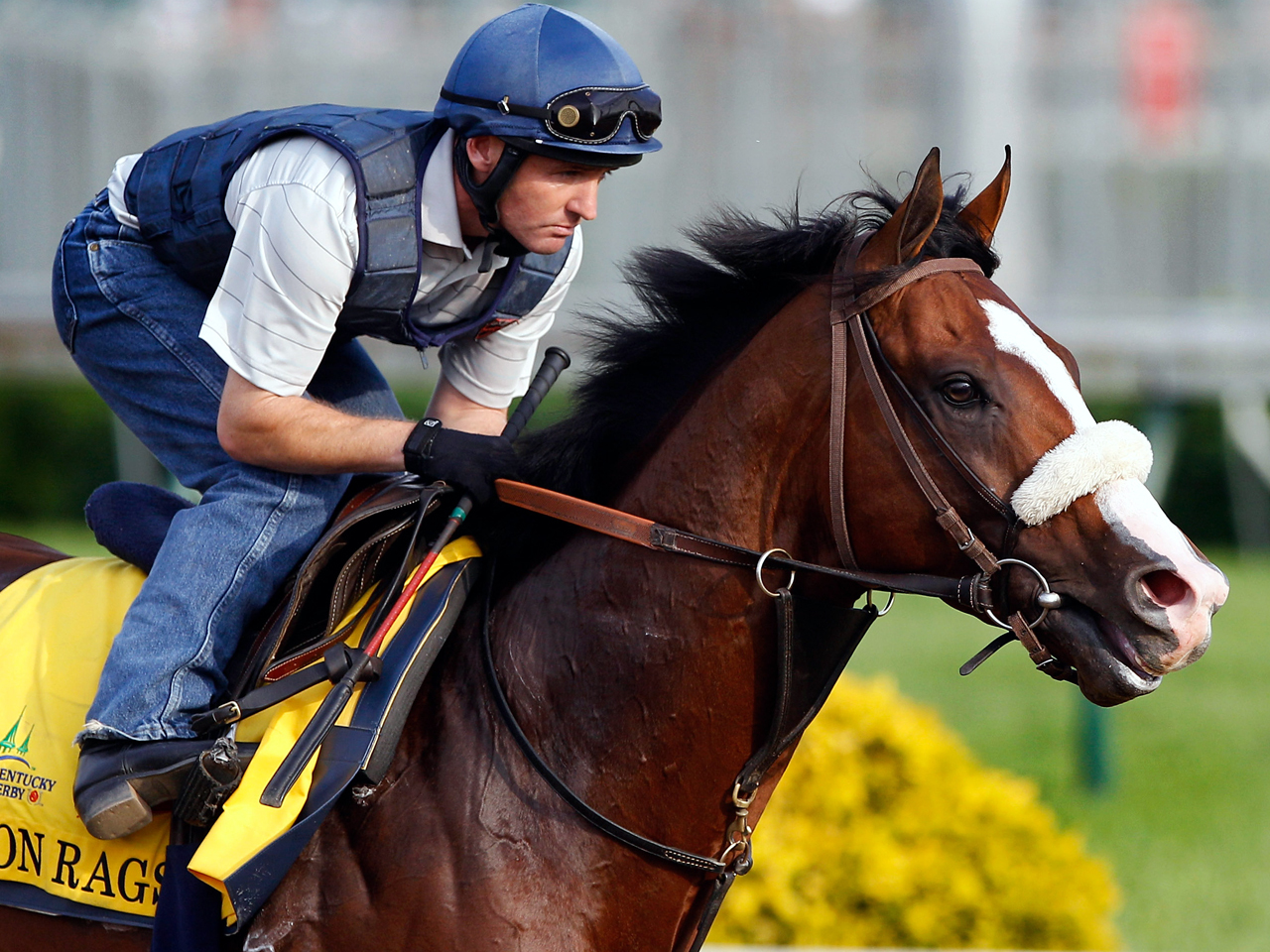 (CBS News) With the first Saturday in May approaching at a steady trot, it's time for sports fans who only tune in to horse racing for the Triple Crown (this journalist included) to once again focus their attention toward the famous twin spires in Louisville, Ky., for the Kentucky Derby.

Before pulling your Derby hat or seersucker suit out of the closet for a viewing party Saturday, check out our handy cheat sheet to make some small talk about the 138th Run for the Roses.

Who's the favorite to win?: Bodemeister was the odds-on favorite (4-1) in Thursday's morning line. Many experts chose other horses as their winning pick, notably Union Rags, whose 9-2 odds were just nosed out by Bodemeister. The odds will change constantly until just before the race. It's worth noting that Animal Kingdom won last year's Derby at 20-1 odds, and Super Saver crossed the finish line first in the 2010 Derby at 8-1 odds.

How many horses are in the race?: As of this writing, a field of 20 horses have been assigned post positions out of 21 entrants. Scratches aren't unheard of though. Should one occur, My Adonis is waiting in the wings to fill the empty starting gate.

When does the race start?: Post time is 6:24 p.m. ET. The race should start soon after that.

Who's singing the national anthem?: Mary J. Blige is expected to sing the anthem around 5:10 p.m. ET after the last race before the Derby, the Woodford Reserve Turf Classic.

Mary J. Blige to sing at the Kentucky Derby

What's that other song played?: Stephen Foster's "My Old Kentucky Home" is traditionally played by the University of Louisville Cardinal Marching Band as the horses are led to the starting gate. Scroll down for lyrics.

What's in a mint julep?: The traditional Derby drink contains bourbon, mint and simple syrup plus some other ingredients depending on the recipe. Click below for recipes from the CBSNews.com archives.

The sun shines bright in the old Kentucky home,
Tis summer, the people are gay;
The corn-top's ripe and the meadow's in the bloom
While the birds make music all the day.

The young folks roll on the little cabin floor
All merry, all happy and bright;
By'n by hard times comes a knocking at the door
Then my old Kentucky home, Good-night!