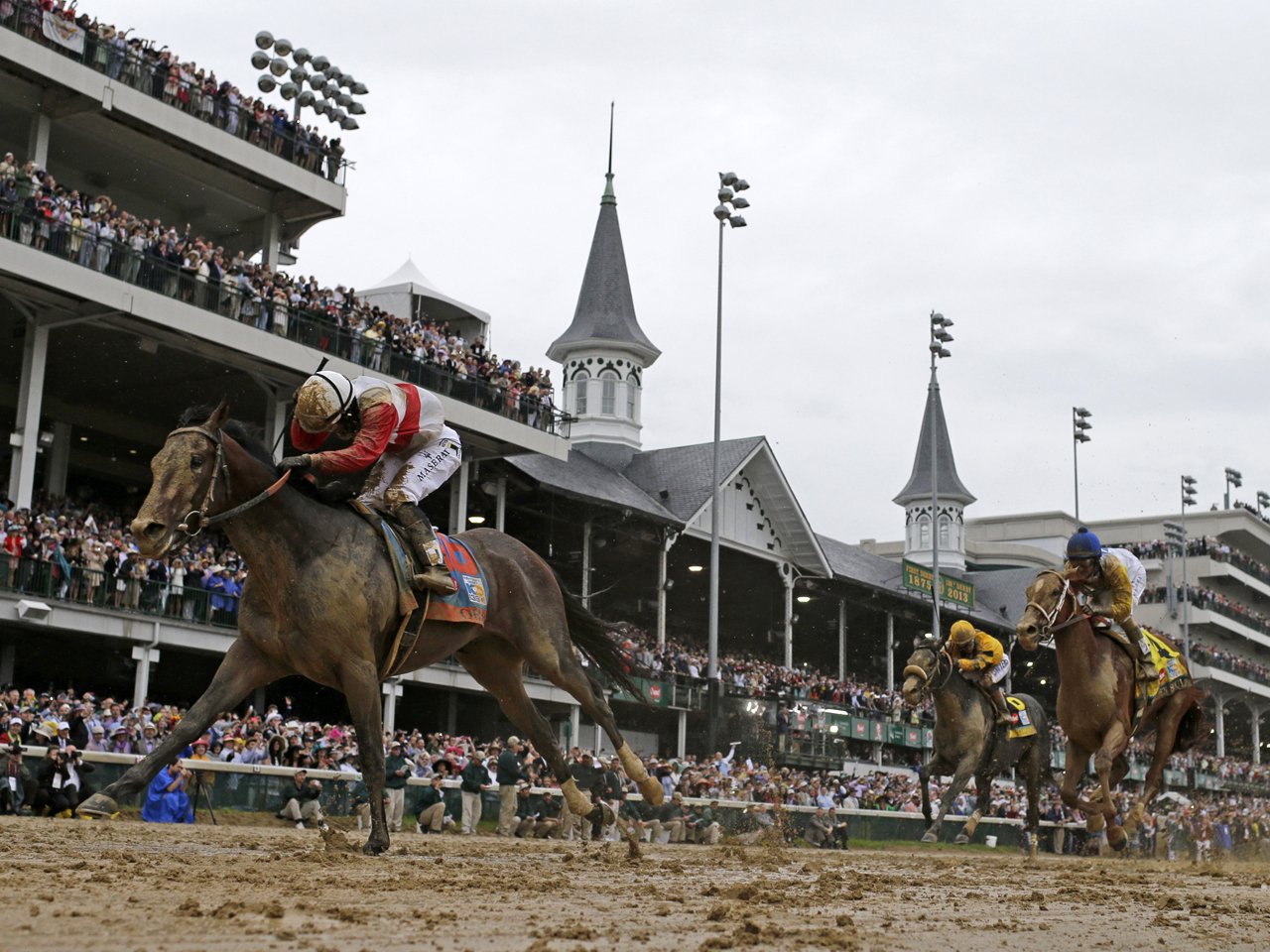 LOUISVILLE, Ky. Orb splashed through the slop to win the Kentucky Derby, coming from way back in the pack and giving Hall of Fame trainer Shug McGaughey his first victory in the 3-year-old classic.

When the field turned for home on the cool, overcast Saturday afternoon at Churchill Downs, Normandy Invasion grabbed the lead while Orb was gearing up. But in the deep stretch, Orb prevailed, carrying Joel Rosario to his first Derby win.

As Matt Rybaltowski notes on CBSSports.com, the victory was also the first for owner Ogden Mills Phipps. In the annals of horse racing, the Phipps family is considered royalty in the sport, Rybaltowski writes.

"I was really far back," Rosario said. "I said hopefully he can go faster than that. I was saying maybe I was too far back, but it was so easy."

McGaughey said the victory meant everything to him.

Goldencents, owned in part by Rick Pitino, coach of Louisville's national basketball champions, finished a 17th. His jockey, Kevin Krigger, was trying to become the first black rider to win the race since 1902.

Rosie Napravnik was also bidding to make history as the first woman jockey to win the world's biggest horse race. She finished fifth aboard Mylute, the highest finish by a female rider.

D. Wayne Lukas, who won the Derby four times and would have been the oldest trainer to saddle a winner, sent out two runners. Oxbow, with three-time Derby winning jockey Gary Stevens aboard, finished sixth. Will Take Charge was eighth.

Steady rain pelted the track leading to the Run for the Roses, with the bugler wearing a red poncho as he blew the call to the post for early races.

The condition of the track was steadily downgraded to sloppy. Heavy rollers went over the dirt surface to pack the top layer and prevent water from seeping into the base, but it still resembled creamy peanut butter.

A track spokesman said a quarter of inch had fallen by mid-afternoon.

Fans huddled under covered sections of the grandstand and donned plastic ponchos over suits and dresses. Umbrellas were banned because of safety concerns. Some folks covered their elaborate hats with clear plastic to protect feathers and other decorations.

But the gloomy skies weren't keeping fans from drinking, eating and partying. In the infield, fans were in rubber boots and covered themselves as best they could.

The rain, of course, wasn't a problem for the high rollers, who were warm and dry in their suites and on celebrity-studded Millionaire's Row.