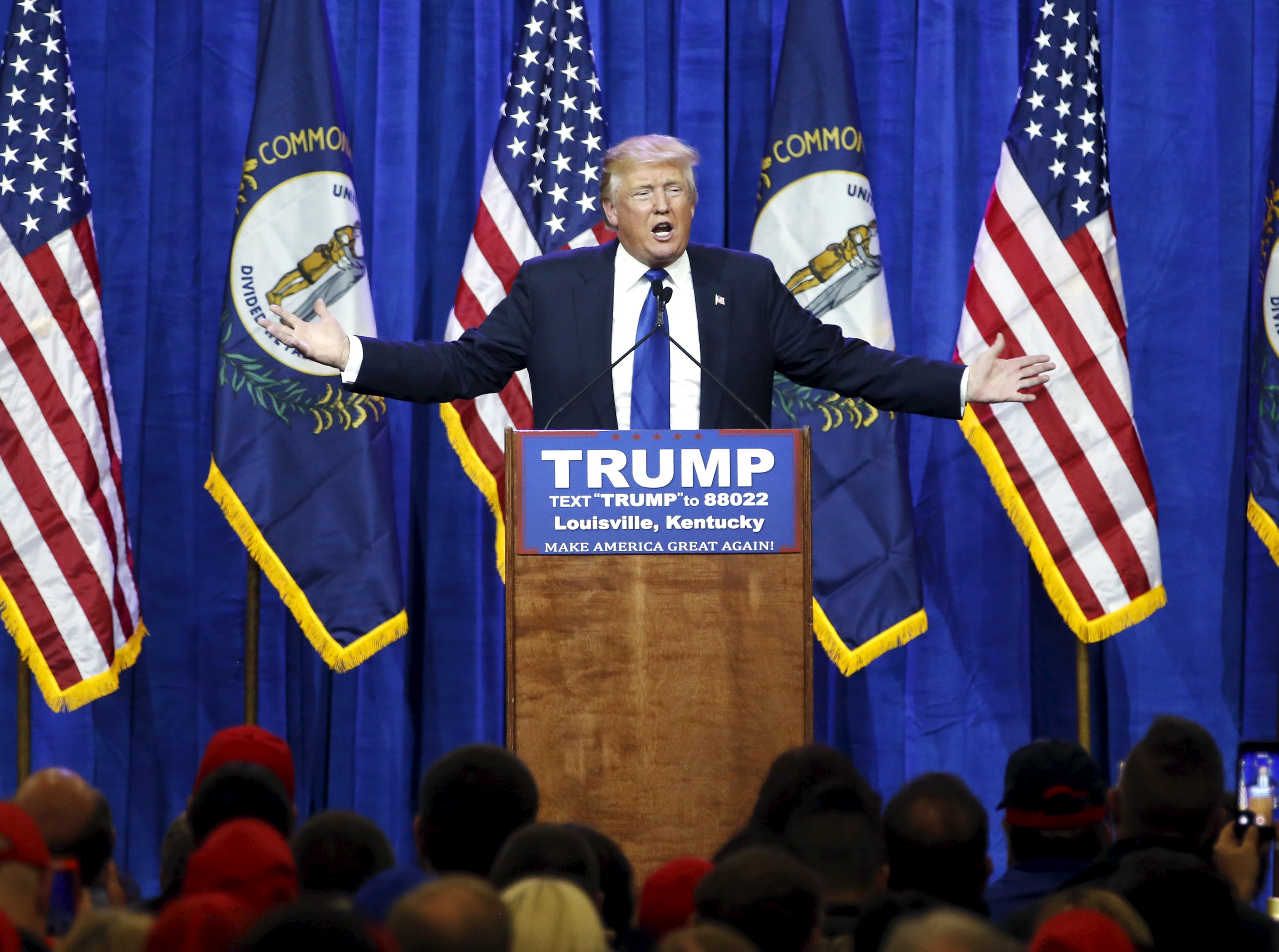 11:09 p.m. ETCBS News projects Donald Trump will win Kentucky's Republican caucus, with 79 percent of the vote in and 46 delegates at stake.

The businessman addressed Saturday's primary results while speaking to supporters at his Florida Mar-a-Lago club.

"It's been really an amazing night," Trump said, thanking the states of Kentucky and Louisiana. "We won and we won by quite a few votes."

According to the billionaire, Paul had fought "very, very hard" against the front-runner's campaign. Paul, for his part, has refrained from endorsing anyone in the Republican primary.

Kentucky will award 46 delegates in the Republican primary race.

Three other states vote Saturday in the Republican primary race: Kansas, Louisiana, and Maine. Saturday's states have a total of 155 delegates up for grabs.