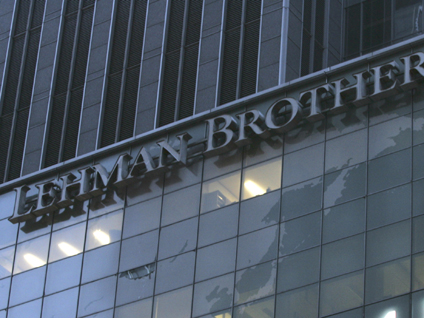 Kenyan authorities investigating the twin assaults on Israeli targets there focused quickly on foreign suspects, reporting Friday they had arrested six Pakistanis, four Somalis, an American and a Spaniard.

Police spokesman King'ori Mwangi said police picked up nine of the foreigners on an Indian Ocean beach in the Mombasa area Friday morning. He declined to say if those suspects were attempting to leave the country by boat.

CBS News Correspondent Maureen Maher in Mombasa reports U.S. officials insist the American was not involved in the attacks, and was simply caught in the massive dragnet.

Alicia Kalhammer, believed to be traveling with her Spanish husband, registered with a Florida address in a hotel near one of Thursday's attacks, sources close to the investigation said. Kalhammer, 31, owns a house and lives in Tallahassee, according to state records.

Mwangi also said all but two of the suspects in custody were traveling on what he termed "suspicious" passports, perhaps alluding to Somalia where it is possible to obtain a travel document in less than an hour. The lawless country has not had a functioning government for more than a decade and is believed to be a refuge for some al Qaeda operatives.

Home video from Thursday's attack in Kenya shows the force of the blast and the chaos that ensued after terrorists rammed a truck filled with explosives into the lobby of an Israeli owned hotel in Mombasa. Sixteen were killed, including the three bombers. Dozens were injured.

The images were broadcast Friday night on Israeli television, hours after Israeli air force planes brought home the Israeli dead and wounded from the attack Thursday on the seaside resort north of Mombasa, Kenya.

The planes also brought home about 300 Israeli tourists and 138 people who were sent to Kenya to help with the recovery effort. The team included medical staff, rescue units, police forensic experts and foreign ministry officials.

One little Israeli girl lost her two teenage brothers and her mother remains on life support. The Israeli dead were identified as brothers Noy and Dvir Anter, ages 12 and 13, from the West Bank Jewish settlement of Ariel, and Albert Dehaville, a 60-year-old tour guide from the central Israeli town of Raanana.

Moments before the blast, two missiles streaked past a Boeing 757 Israeli charter aircraft owned by Arkia Airlines as it left the Mombasa airport bound for Tel Aviv, Israel, carrying another group of tourists who had just checked out of the hotel.

At least one group is claiming responsibility, but Israeli officials are convinced that the attack represents a larger international conspiracy.

"I see al Qaeda and Hamas and Islamic Jihad as all part of the same phenomenon, the hatred for western civilization and democracy," said Israeli foreign ministry spokesman Gilad Millo.

"If any governments had pressed the snooze button after September 11, then they just received the next wake-up call," Netanyahu told the diplomats.

U.S. intelligence sources tell CBS News two groups have surfaced as the prime suspects in the attack: al Qaeda and al Islami, the Muslim extremist group that orchestrated the attack against American Marines in Somalia in 1993.

That group is also known to have relations with al Qaeda and has an arsenal of surface to air missiles similar to the two that were fired at the Israeli jet.

"I think this is definitely the start of something new," said Kenneth Katzman of the Congressional Research Service. "If it is al Qaeda that is behind this it could represent that there is a faction in al Qaeda that wants to start attacking Israel."

Ironically most of the Israeli tourists came to the sleepy east African coastal town hoping a holiday abroad would provide a respiet from the escalating violence at home.

In Israel, survivors told of what they saw.

"Everything was burning. I thought my sisters were inside the fire," a red-eyed Ayelet Rubabshi, 15, wrapped in a blanket at Jerusalem's Hadassah Hospital. After fleeing with others from the ruined lobby to the beach, she found her two sisters and parents.

Kenyan soldiers whisked them off to another hotel, where they waited for the flight to Israel.

One survivor, Tzipora Kirman, said she ran for the beach with her husband after the blast.

"We were afraid that there were armed terrorists who would fire on us because we were out in the open," Kirman said.