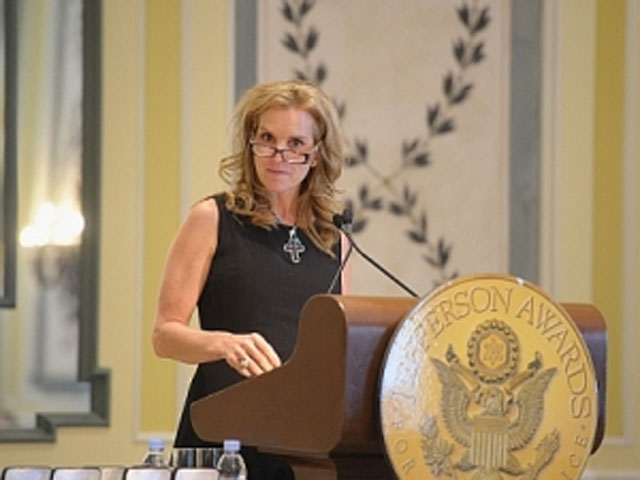 (CBS/AP) ARMONK, N.Y. - According to a court document, police said Kerry Kennedy, ex-wife of New York Gov. Andrew Cuomo and daughter of Sen. Robert Kennedy, was swaying and slurring her speech Friday morning when police found her after her car hit a tractor-trailer on a highway.

Kennedy also allegedly told police she might have accidentally taken a sleeping pill before the accident.

The document, a police officer's deposition, was released several hours before Kennedy was to appear Tuesday night for arraignment on a charge of driving while drug-impaired. Her lawyer said she would plead not guilty.

The officer wrote that Kennedy, 52, failed a standing-on-one-leg test and a walk-and-turn test, was swaying and demonstrated impaired speech and motor function. The document indicates that she was, however, able to recite the alphabet.

Kennedy was arrested Friday after state police said her Lexus struck a tractor-trailer on Interstate 684 north of New York City. Police said she drove the damaged car off the highway before it became disabled.

A witness reported that Kennedy "appeared to be slumped over the wheel," according to the deposition.

Police said an investigation found she was impaired by drugs.

The officer, identified as Officer J. Thomas, wrote that Kennedy told him "she had a thyroid medication and a sleeping medication (believed to be Ambien) and it is possible she took the sleeping pill instead of the thyroid pill."

It has been a difficult year for Kennedy family members in the New York suburbs. Kennedy's close friend and sister-in-law, Mary Kennedy, hanged herself at home in May. Her brother Douglas Kennedy is fighting charges stemming from his attempt to take his newborn son from a maternity ward.

Kerry Kennedy and Andrew Cuomo married in 1990, joining two of America's most prominent political families. They split in 2003 in a messy public divorce that played out in the tabloids. They have three daughters.