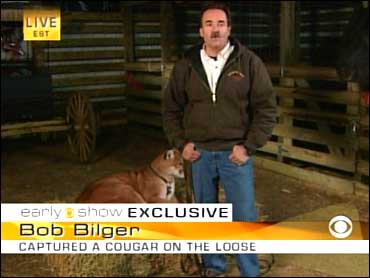 Kerry Wood is already one award ahead of Roger Clemens and Nolan Ryan.

Wood, who struck out 20 in just his fifth career start, won the NL Rookie of the Year Award on Monday, narrowly beating out Colorado first baseman Todd Helton.

Ryan and Clemens, fellow Texans whose blazing fastballs made them Wood's childhood heroes, failed to win the rookie honor.

"I hadn't really thought about that," said Wood, who just hopes to come close to the careers of Ryan and Clemens. "If I last as long as those two guys have lasted in baseball and done the things they've done ... ."

Wood, a 21-year-old right-hander, received 16 first-place votes and 16 seconds to finish with 128 points in balloting by the Baseball Writers' Association of America. Helton got 15 firsts, 14 seconds and two thirds for 119 points.

"It adds confidence that people who watch the game and people who follow baseball acknowledged as good a season as I've had," Wood said.

Most people hadn't even heard of Wood before he struck out 20 while pitching a one-hitter against Houston on May 6. Clemens, who did it against Detroit and Seattle, is the only other pitcher to strike out 20 in a nine-inning game.

"It helped me finally realize that I wa capable of pitching at that level," Wood said. "The previous four starts before that were rocky."

Wood was the favorite to win the award heading into the final month of the season. But because of a sprained elbow ligament, his start against Cincinnati on Aug. 31 was his last of the regular season.

"It's not fun sitting on the bench watching the team playing and not contributing," Wood said. "They knew I wasn't ready and they took the proper precautions."

Wood returned in Game 3 of the NL playoffs, allowing one run -- not earned -- against Atlanta as the Cubs were eliminated. His elbow will be examined again in about two weeks.

"Hopefully, in the next couple of days or so, I will start getting ready for the offseason program and we go from there," Wood said.

Helton batted .315 with 25 homers and 97 RBIs, taking over at first base for the Rockies after Andres Galarraga left to sign with Atlanta after the 1997 season.

Helton led the major leagues in August with a .398 average and batted .359 after the All-Star break, the sixth best in the majors. He hit .386 with runners in scoring position, the fourth best in the baseball.

"Todd kind of snuck up on me," Wood said.

However, offensive statistics for Rockies tend to get discounted because they play at Coors Field. Helton hit .354 at home with 13 homers and 61 RBIs, but .273 on the road with 12 homers and 36 RBIs.

Arizona first baseman Travis Lee was third with 21 points and Atlanta closer Kerry Ligtenberg, who received the other first-place vote, was fourth with 18 points.

Lee hit .269 with 22 homers and 72 RBIs. Ligtenberg replaced Mark Wohlers as the Braves' closer and finished with 30 saves.

Wood joined Billy Williams (1961), Ken Hubbs (1962) and Jerome Walton (1989) as the only Cubs to win the award. The AL Rookie of the Year will be announced Tuesday and the favorite is Oakland outfielder Ben Grieve, another Texan.

"It's going to be something to see," Wood said, "two guys from the same area getting National League and American League."