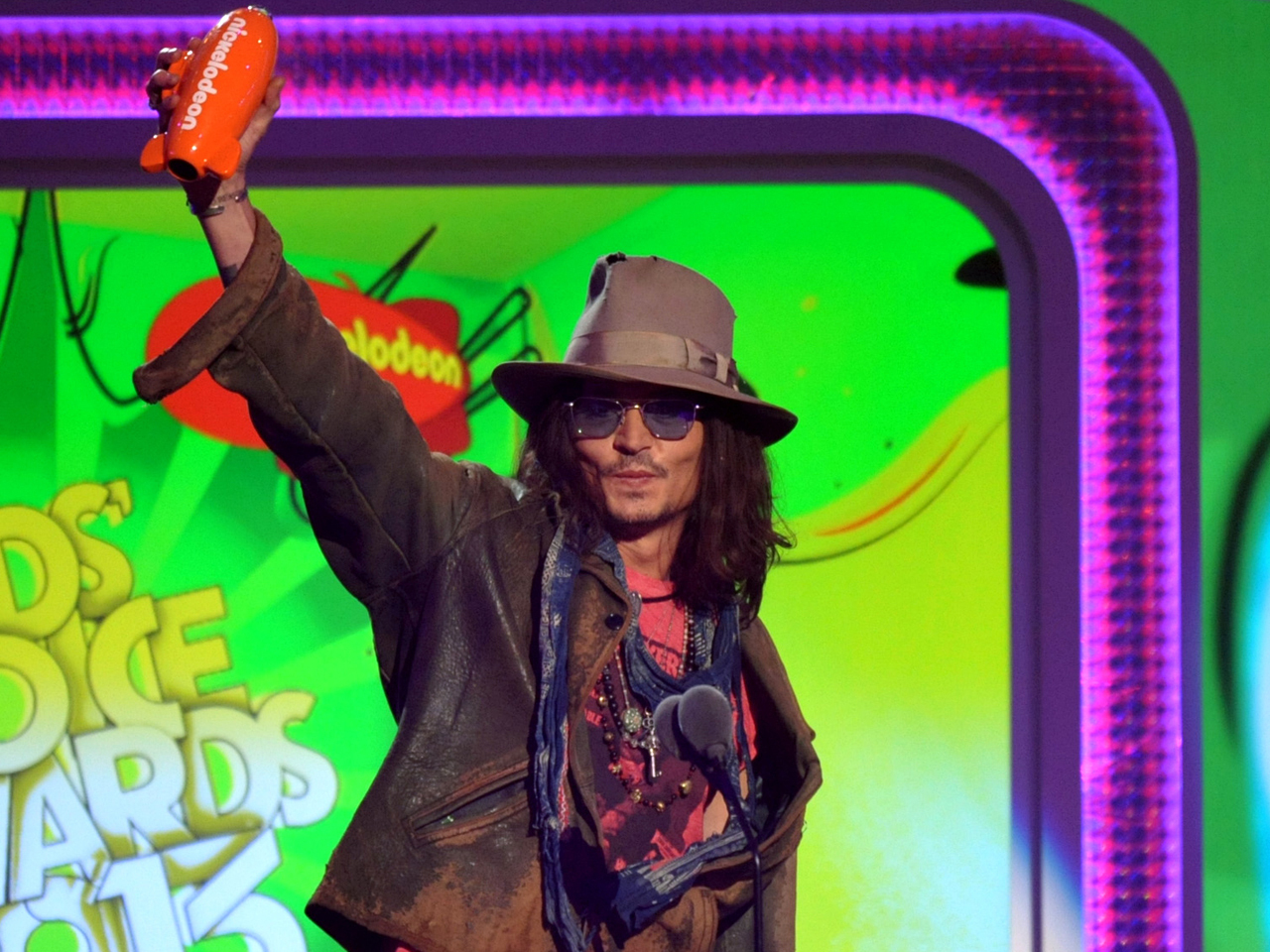 "Dude, I was too much of a coward to accept this," she said embracing the slime slathered on the podium at the University of Southern California's Galen Center.

Pitbull and Christina Aguilera kicked off the show with their duet "Feel This Moment." The pair was joined by young backup dancers resembling the smooth-headed rapper and blonde diva. At the end of the performance, Aguilera smashed a button, covering Pitbull and the dancers in the show's signature green goo.

That was just the beginning of the celebrity sliming -- in one of his first acts as show host, "Transformers" star Josh Duhamel dumped the goop on Los Angeles Lakers player Dwight Howard.

"I guess that's what we call a slime dunk!" Duhamel said.

Sandra Bullock and Neil Patrick Harris caught a wave of the green stuff after a magic trick from the "How I Met Your Mother" star went awry.

Dwayne "The Rock" Johnson, who picked up the trophy for male butt-kicker, blasted a sumo-suited Nick Cannon and Duhamel with the goo. The first few rows of the audience were also doused.

Duhamel said a record-breaking 350 million votes had been cast for this year's viewer-voted ceremony, which honors kids' favorites in film, music, sports and TV.