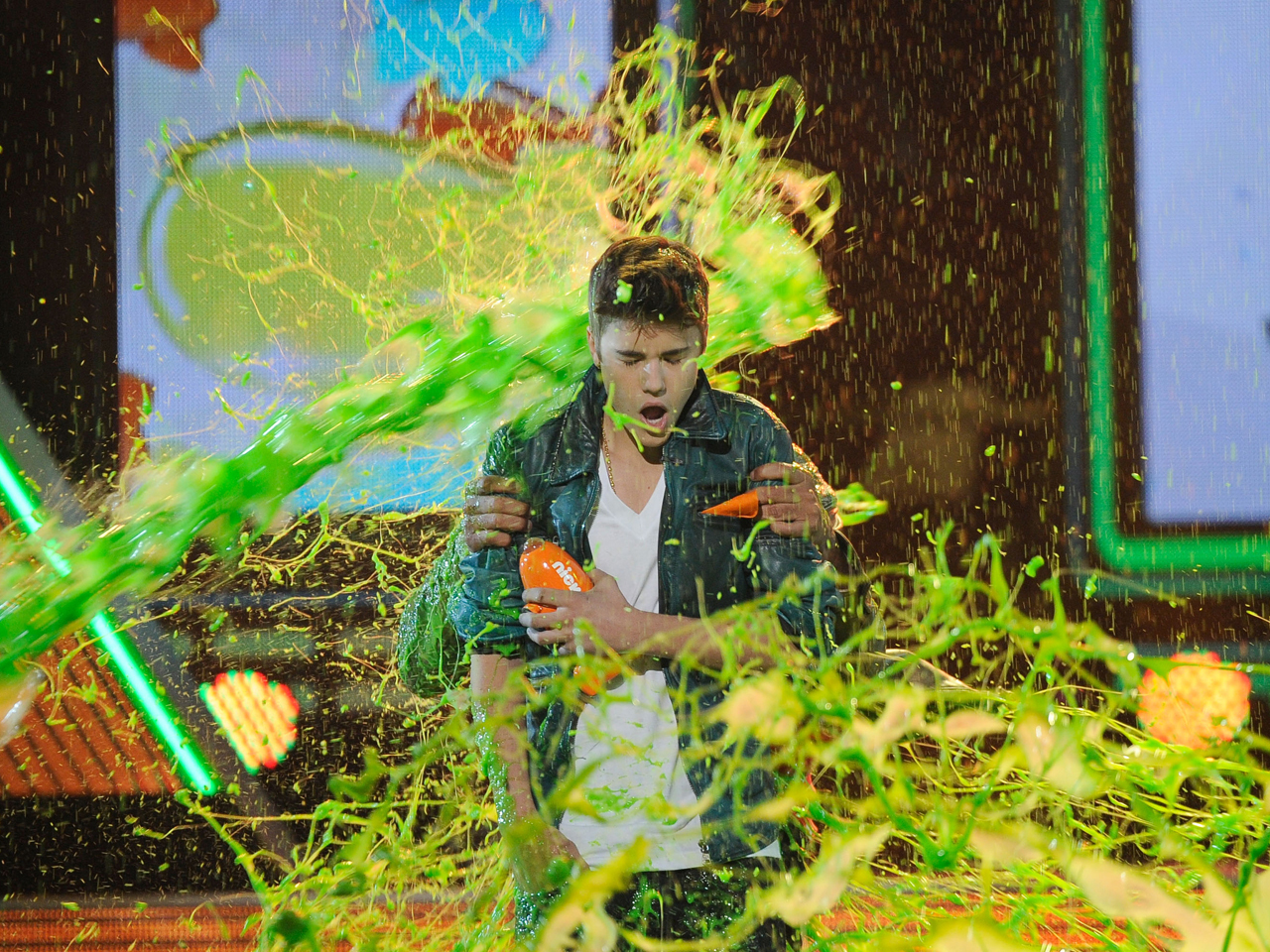 Orange blimps and green slime will be on display Saturday at the 2013 Kids Choice Awards.

Kids can choose (hence the award show's moniker) the winners by casting their votes for each category.

"iCarly," "Good Luck Charlie," "Victorious" and "Wizards of Waverly Place" will vie for favorite TV show; "The Amazing Spider-Man," "The Avengers," "Diary of a Wimpy Kid: Roderick Rules" and "The Hunger Games" are nominated for favorite movie; the nominees for favorite movie actor are Johnny Depp, Andrew Garfield, Zachary Gordon and Will Smith; and the favorite movie actress nominees are Vanessa Hudgens, Scarlett Johansson, Jennifer Lawrence and Kristen Stewart.

There's also The Big Help Award, which has been given to a charitable celebrity every year since the award was introduced in 2009. Last year, Taylor Swift won the award.

And it wouldn't be the Kids Choice Awards without the green stuff. Expect to see many stars doused in slimy green goo during the telecast.

You can see the full list of nominees (and vote for the winners) here. The awards kick off Saturday at 8 p.m. ET on Nickelodeon.

Tell us: Will you tune in for the Kids Choice Awards?