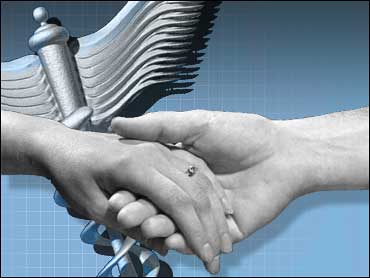 Mom and Dad may shout till they're red in the face. They may stew in stony silence. Whether their unresolved conflict results in hostility or indifference to one another, it takes its toll on their children, find University of Notre Dame psychologist E. Mark Cummings, Ph.D, and colleagues.

Psychologists have long known that a strong child-parent bond is the key to kids' mental health and social adjustment. The new research suggests that it's just as important for children to feel secure about their parents' relationship with each other.

"What we show is that children's emotional security is affected by the relationship between the parents — not just the child's relationship to the parent," Cummings tells WebMD.

Cummings' and colleagues report their findings in the January/February issue of Child Development.

Children Affected at All Ages

Cummings, study co-leader Patrick T. Davies, PhD, of the University of Rochester, N.Y., and colleagues actually did three new studies. They first looked at 226 children (9 to 18 years old) and their parents, evaluated three years apart. They then repeated the study with 232 kindergarten-aged kids.

The researchers evaluated the parents' marital functioning and quality, conflict tactics, and their ratings of their children's adjustment. They also evaluated the children for depression and asked them, privately, about how their parents got along.

Finally, they followed 223 6-year-olds and their parents over the course of a year. They looked at how parents worked out their disagreements and measured the children's distress reactions and negative thoughts. In each study the researchers accounted for kids' individual adjustment and other factors, allowing them to see what changes in the children were directly linked to parental conflict.

What they found was that parental conflict wasn't a problem if the parents resolved their differences. But when these conflicts remained open, children responded with depression, anxiety, and/or behavior problems.

"A lot of times, the misconception with families is that as long as they don't hit their kids, everything is fine," Cahir tells WebMD. "But sometimes the conflict between the parents can be just as damaging as physical abuse. If the child is constantly hearing arguments that don't get resolved, the child will have difficulties with attachment, with adjustment, and with basic trust of other people."

Interestingly, older kids were at least as affected as younger ones. Teens, Cummings says, were even more strongly affected than younger children.

And that's not all. Another study in the same issue of Child Development shows that children in high-conflict homes have much more restless sleep and daytime sleepiness. The more unresolved the parental conflicts, the more disrupted the child's sleep.

"Everyone will have fights now and again that are pretty negative," Cummings says. "Children are not fragile this way. It is only when there is an accumulation of negative fights that the children lose confidence in the emotional security of the family."

The fights that hurt kids — and parents — may have some or all of these negative features: