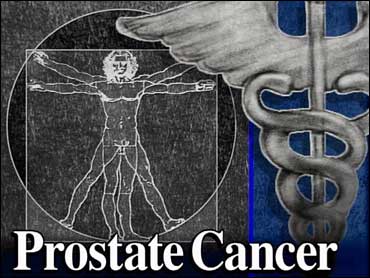 Scientists say they have found a gene that predicts whether prostate cancer will develop into its most lethal form - a finding that could someday help doctors decide how to treat men with the disease in its early stages.

Some prostate tumors remain confined to the prostate, some spread to other parts of the body. But doctors have no way to know before the cancer actually spreads. The aggressive, metastatic form kills more than 30,000 American men each year.

In their study, University of Michigan Medical School researchers examined tumor cells taken from prostate cancer patients. They found 55 genes that were more active in metastatic cells than in less-lethal cells. A gene called EZH2 was the most active of all.

They found that the intensity of EZH2's activity increased as the disease progressed. And patients who showed higher levels of the EZH2 protein were more likely to get the deadlier form of the disease.

"It suggests that this is a lethal biomarker, that it portends aggressiveness," said Arul M. Chinnaiyan, an assistant professor of pathology. The findings were published Thursday in the journal Nature.

Chinnaiyan said that if a test can be developed, EZH2 protein levels could be used to decide which patients need aggressive treatment, including radiation or surgery.

A recent study found that many men over 60 receive unnecessary surgery and other treatments for prostate cancer that is unlikely to spread. Prostate surgery can cause impotence and urinary incontinence.

Doctors now have several methods of diagnosing prostate cancer, including a test that measures the level of a prostate-specific antigen in the blood. The researchers said the prevalence of EZH2 in the tumor cell is a more accurate predictor of a patient's survival than the PSA level.

The gene's exact role in tumor development remains unclear. But the researchers speculated that EZH2 may suppress genes that slow the spread of the disease.

"It's just a piece of the puzzle, and there are going to be a lot of little pieces like this in coming years," said Thomas Wheeler, a pathology professor at Baylor University College of Medicine. "But this gene does seem to be important over the whole spectrum of prostate cancer."

Prostate cancer is the second-deadliest form of cancer among American men, behind lung cancer. Roughly 189,000 Americans are diagnosed with the disease each year.