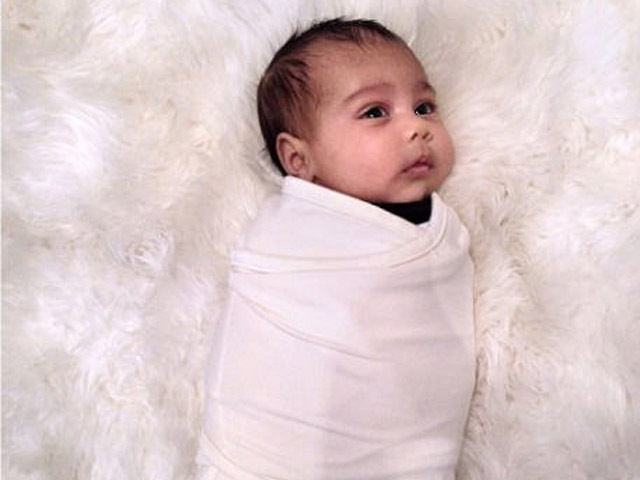 Kim Kardashian is giving a new glimpse at her baby girl.

The TV personality shared a photo of daughter North West via Instagram on Friday.

"I missed waking up with my little [angel]," the caption reads.

Baby North, 3 months, is seen swaddled in a white blanket.

This is only the second photo of Kardashian and Kanye West's daughter that the public has seen. West shared the first photo of North on Kris Kardashian's talk show over the summer.

Kardashian and West were in Paris this week for the French city's fashion week, where the "Keeping Up with the Kardashians" star was spotted wearing a gold "Nori" necklace.