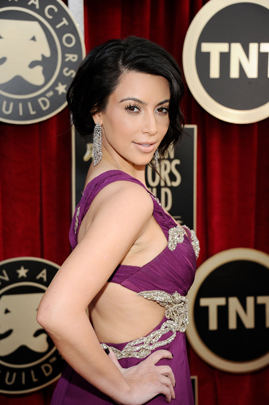 (CBS) What would Kim Kardashian's Bond Girl name be?

According to E! News, if it were up to Kardashian, we'd be finding out soon.

"I would love to be in a Bond film - a Bond Girl," she told the entertainment channel at the Screen Actors Guild Awards last night in Los Angeles.

"That would be the ultimate," the reality star said.

E! reports that while a Bond film isn't in the offing, Kardashian says "There are a few offers on the table."