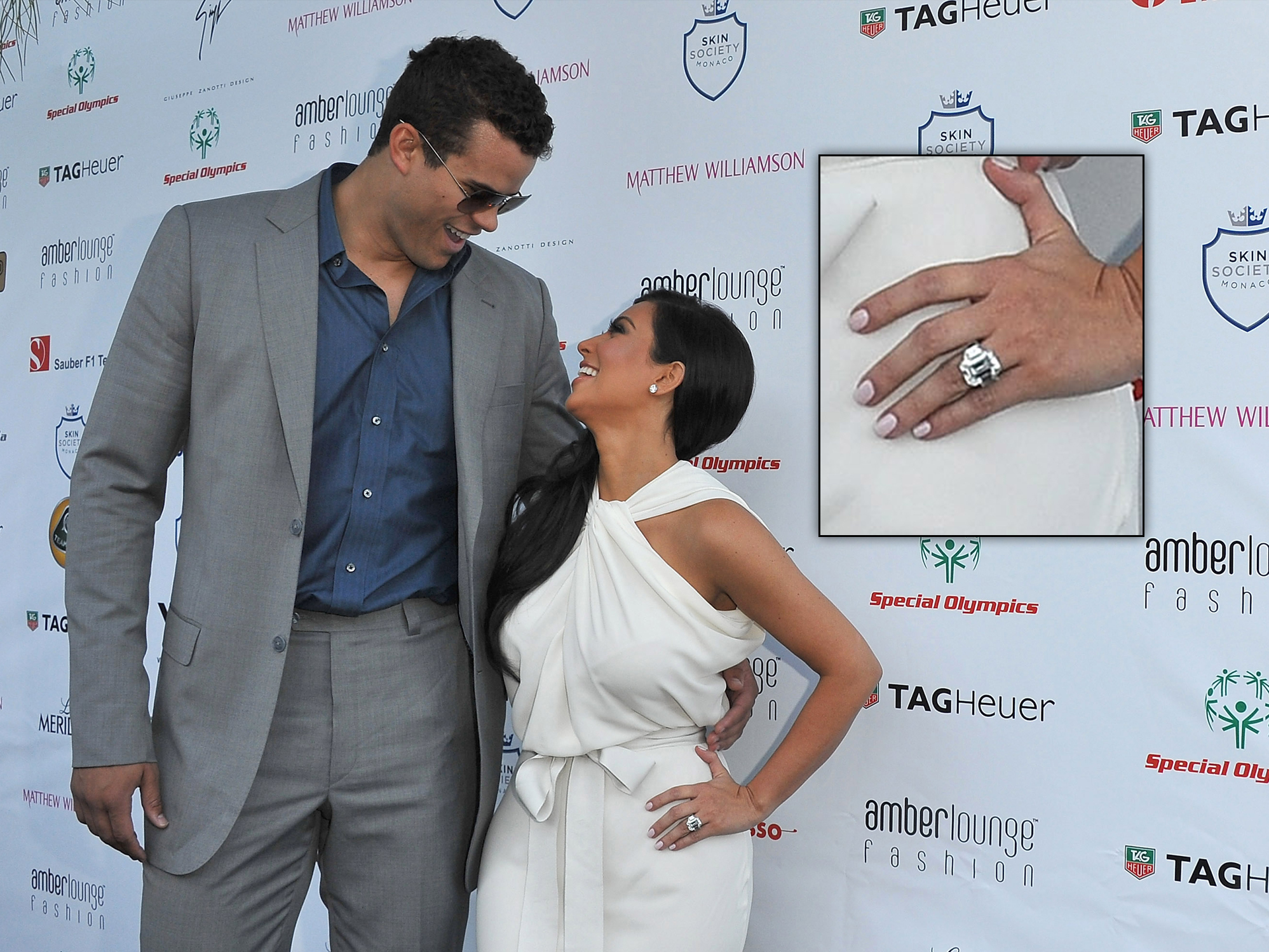 Kris Humphries has auctioned off the massive engagement ring he proposed to Kim Kardashian with, and the sparkler sold for quite the pretty penny.

The diamond ring fetched a whopping $749,000 during an auction at Christie's on Tuesday.

"It bounced between two phone bidders and two bidders in the back of the room," a spokesperson for the auction house told E! News. "Good participation all around. It was the last item in the morning session."

On the Christie's website, the ring is simply listed as "An Impressive Diamond Ring, By Lorraine Schwartz." It boasts a rectangular diamond weighing approximately 16.21 carats, flanked on either side by trapeze-cut diamonds each weighing 1.80 carats, set in platinum.

The pre-lot text adds that the ring is "property of a gentleman" and that a portion of the sale's proceeds would benefit a charity.

Humphries' rep told E! that the NBA player was "very pleased with the final result" of the sale. He hasn't yet decided which charity to donate the proceeds to, but the rep added that it's a "top priority" for him.