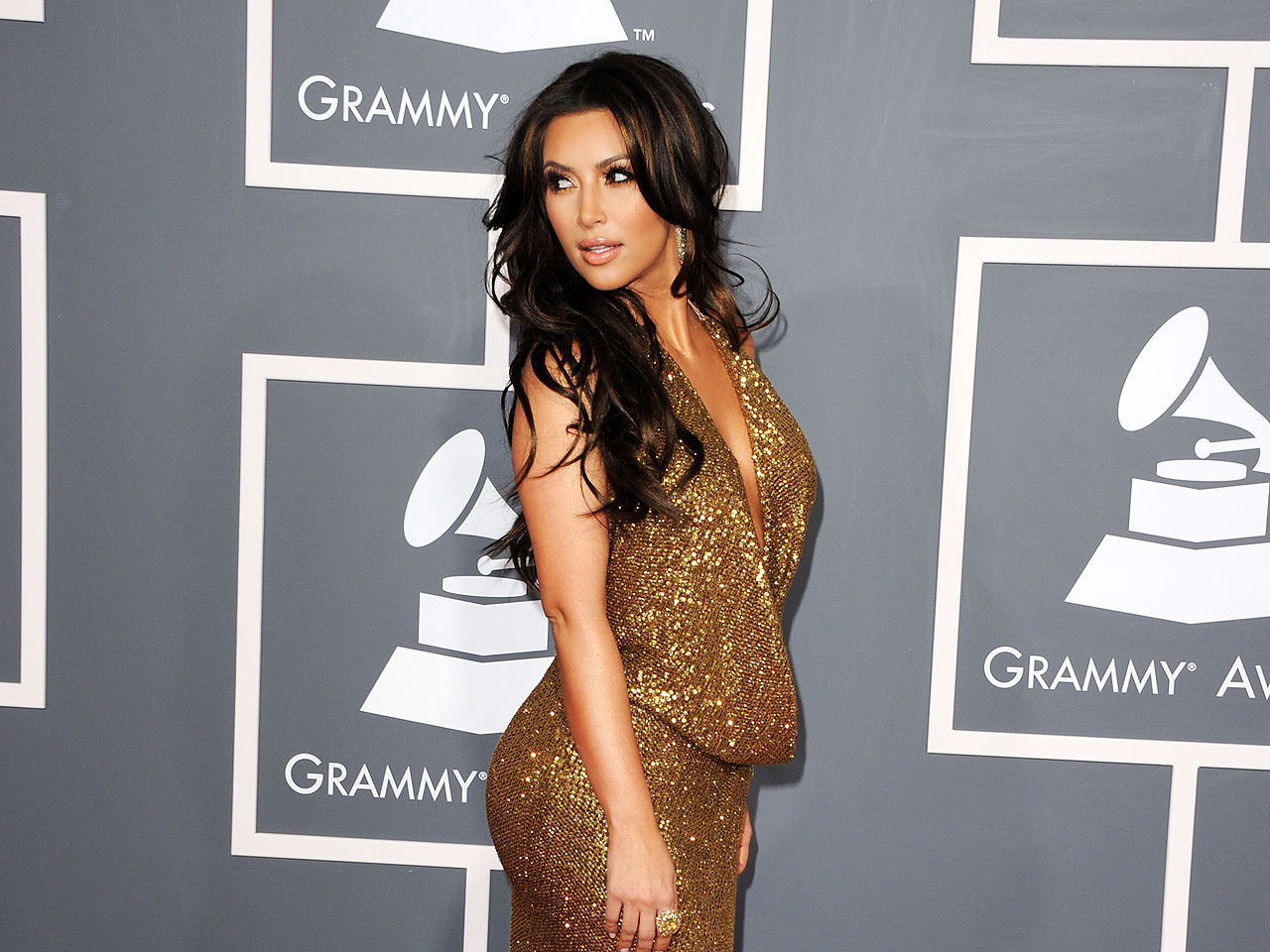 (CBS) In this corner - a Kaufman Franco gown. In that corner - Kim Kardashian's butt. It's a battle royale for the ages!

On Sunday night at the Grammys red carpet, the reality star told Ryan Seacrest that she had the "biggest fashion emergency."

Speaking of her shimmering gold dress, she said, "I took it to another tailor and they tailored it to where my whole butt wouldn't fit in it... I was freaking out and said that if I didn't have a dress, I wouldn't go."

Well, she went. So somehow the 30-year-old reality star managed to shoe horn herself into it. Or perhaps she had some help. Kim says the fashion house that made the dress came to her rescue and "redid the whole thing," according to US magazine.

It's a lucky thing for Kardashian. After getting kicked off the stage by Prince last week, she sure didn't need her dress to reject her also.