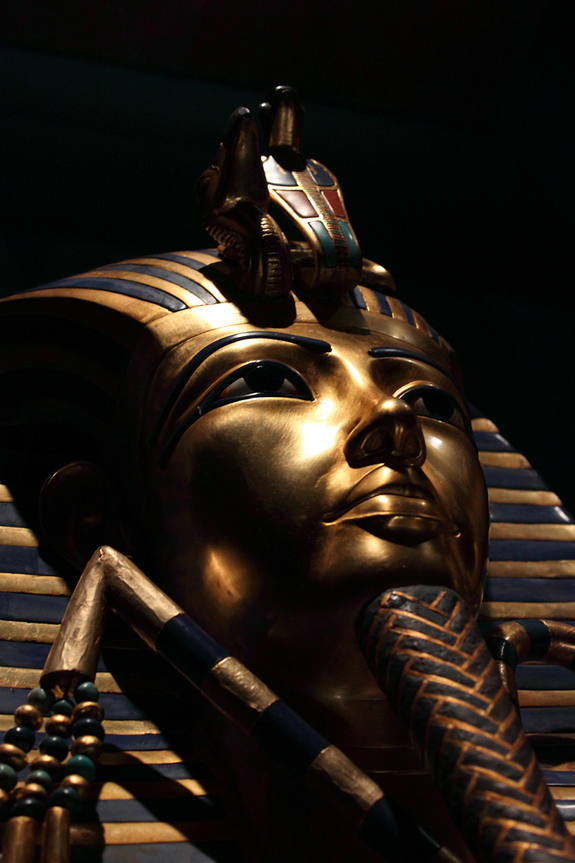 The royalty of ancient Egypt suffered from an age-related back disorder, according to a new body scan of the mummies of pharaohs.

The new research clears up a long-standing mummy misdiagnosis, which held that some rulers who lived between about 1492 B.C. and 1153 B.C. had a painful inflammatory disorder called ankylosing spondylitis. This disease would have fused their vertebrae together starting from an early age.

"We are now questioning the reality that ankylosing spondylitis is actually an ancient disease," said study researcher Sahar Saleem of the Kasr Al Ainy Faculty of Medicine in Cairo. Whether it is an ancient disease or not, the altered diagnosis suggests that famed pharaohs, including Ramesses the Great, did not live out their final years in great pain. Instead, their disorder was likely asymptomatic, Saleem told Live Science. [Photos: Revealing a 1,700-Year-Old Egyptian Mummy]

The mummies of the 18th, 19th and 20th Dynasties of ancient Egypt are incredibly well-preserved. These were the gilded times of such rulers as the 18th-dynasty boy king Tutankhamun, whose ornate burial mask is a universal symbol of ancient Egypt, and the 19th-dynasty pharaoh Ramesses II, also called "the Great" because of his military success and soaring monuments.

After X-ray examinations were made of mummies of this era, researchers had diagnosed three kings -- Amenhotep II, Ramesses II and Merneptah, the 13th son of Ramesses II -- with ankylosing spondylitis. This disorder affects mostly young men and causes inflammation that eventually fuses the vertebrae in the spine together. The sacroiliac joint, which connects the spine to the pelvis, is particularly affected.

As ankylosing spondylitis progresses, it can leave sufferers hunched over and in pain. Bony growths -- caused by the body's attempts to repair the inflammatory damage -- can stiffen the rib cage, making breathing difficult, according to the Mayo Clinic.

But the diagnosis of ankylosing spondylitis among ancient Egyptian royalty was based only on X-rays, which show just two dimensions, Saleem said. She and her colleague Zahi Hawass, the former head of Egypt's Ministry of State for Antiquities, turned to computed tomography (CT), which uses X-rays of slices of a body to provide three-dimensional images of the bodies.

From the 19th and 20th dynasties, the researchers scanned Seti I, Ramesses II (or Ramesses the Great), Merneptah and Ramesses III.

"None of the mummies that we studied had these criteria to fulfill or establish the diagnosis of ankylosing spondylitis, and we could really refute confidently that there was no such diagnosis, even in two mummies that were diagnosed before by X-ray," Saleem said, referring to Ramesses II and Merneptah.

But what the researchers did find was evidence of another back disorder: diffuse idiopathic skeletal hyperostosis (DISH). Amenhotep III, Ramesses II, Merneptah and Ramesses III all had DISH, Saleem and Hawass reported Oct. 20 in the journal Arthritis & Rheumatology.

DISH is a disease of old age, marked by the hardening of the ligaments that attach to the spine. Typically, the disease has few to no symptoms, beyond mild back pain and stiffness.

The finding of DISH fits with the historical record, Saleem said. The pharaohs with the disorder died late in life, particularly Ramesses II, who probably lived to be about 87.

"They were very active, even in wars, in very old age," Saleem said. Such vitality would have been unlikely if the men had suffered from ankylosing spondylitis.

The finding throws doubt on whether ankylosing spondylitis is really an ancient disease, or whether it developed in modern times, Saleem said. It also reveals more about the history of DISH. The pharaohs with the disorder look identical to modern patients with DISH, suggesting the disease has changed little over thousands of years, and is unlikely to do so in the future. There also appears to be a familial clustering of the disorder in the ancient mummies, though there is no direct genetic inheritance of the disease, Saleem said.

Copyright 2014 LiveScience, a TechMediaNetwork company. All rights reserved. This material may not be published, broadcast, rewritten or redistributed.