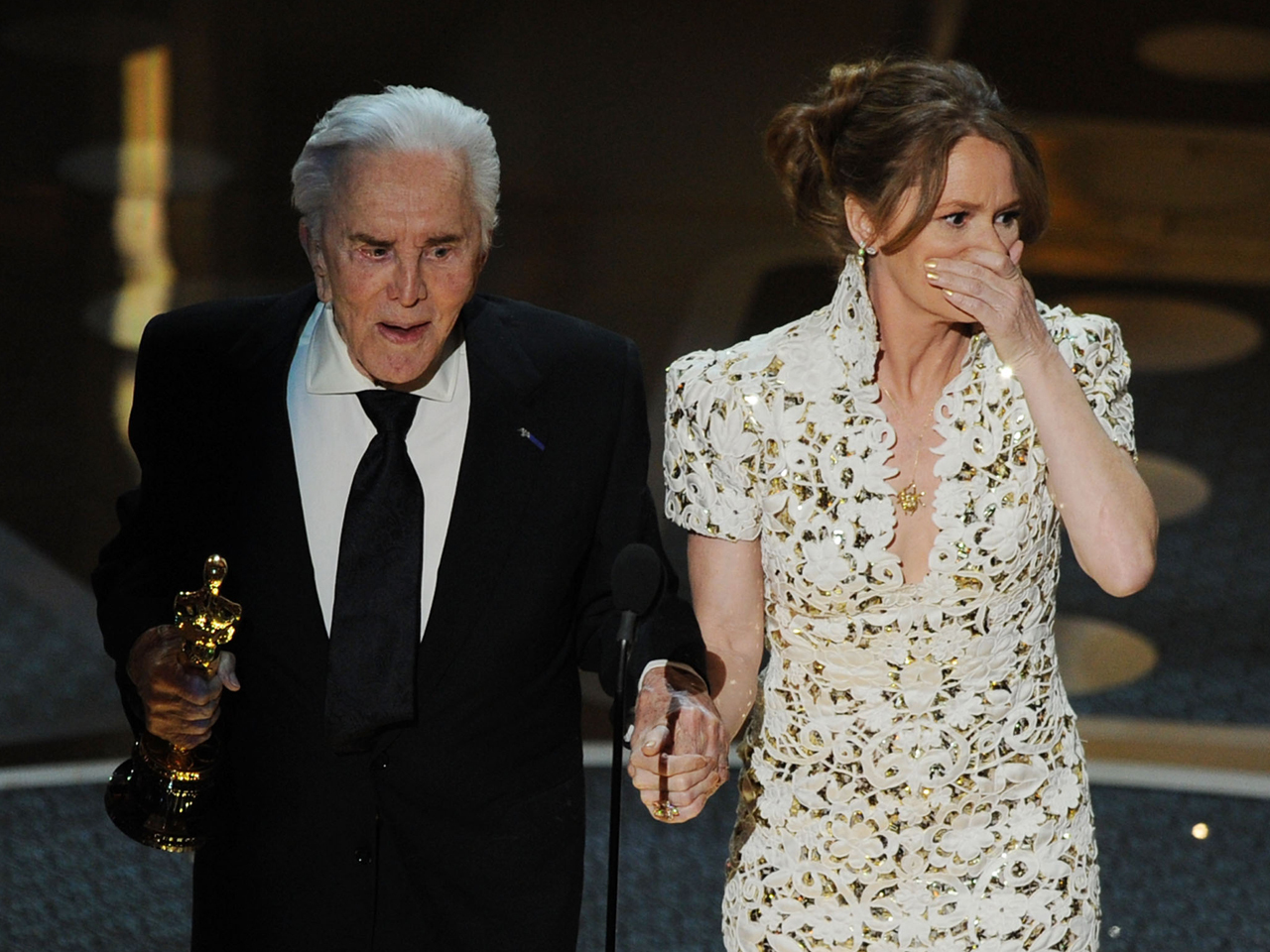 (CBS) - The 83rd annual Academy Awards were determined to be young, hip and paced within an inch of its life. Good thing no one told that to Hollywood legend Kirk Douglas, who stole the show while presenting the award for best supporting actress to Melissa Leo.

The 94-year-old actor swaggered on-stage with the help of a cane and proceeding to hold the spotlight with off-the-cuffs jokes and obvious pleasure. Oscar host Anne Hathaway was Douglas' first target when he asked the beautiful starlet, "Where were you when I was making pictures?"

Douglas disregarded what little script there was by joking with members of the audience. While obviously playing for humor, Douglas called out Hugh Jackman for laughing in the front row. "I don't know why everyone from Australia thinks they're funny," he told the crowd. "Colin Firth isn't laughing. He's British."

As a movie icon, Kirk Douglas can certainly get away with it. In a career spanning over 60 years, Douglas has been in classics like "Spartacus," "20,000 Leagues Under the Sea" and "Lonely Are the Brave." The American Film Institute considers him the 17th greatest male actor in cinema. He has been nominated for four Oscars, but has never won.

Maybe that's why he took his time on stage last night. With the envelope in his hand and all eyes on him, Douglas worked the moment for every second. "You know..." He said numerous times before opening this ballot. The crowd was loving it, and so was he. Who needs a script anyway when you've got the spotlight?