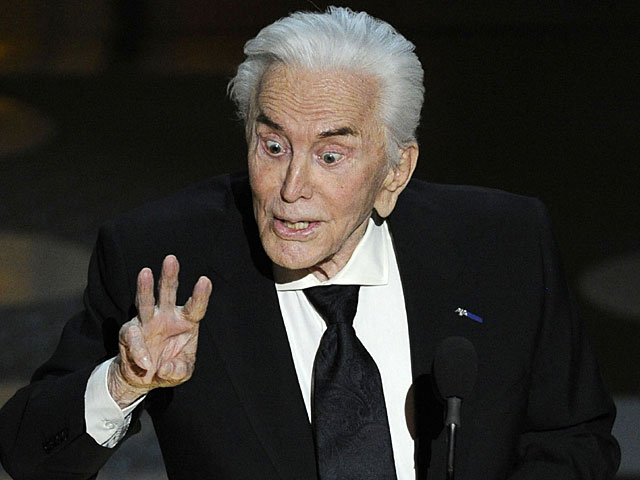 (CBS) Screen legend Kirk Douglas was having some fun in the spotlight Sunday night at the Academy Awards ceremony in Los Angeles.

The 94-year-old Douglas, who announced the winner of the best supporting actress award, managed to drag out the announcement for several minutes as the nominees - Melissa Leo, Helena Bonham Carter, Amy Adams and Hailee Steinfeld - gamely looked on.

In one delaying tactic he pointed out that actor Hugh Jackman, an Australian, was laughing while actor Colin Firth, who is British, was not.

"I don't know why everyone in Australia thinks I'm funny," he said.

Before that he ogled ceremony co-host Anne Hathaway, saying, "Where were you when I was making movies?"

The three-time Oscar nominee, known for his dimpled chin and gravelly voice, continues to appear regularly on camera, sometimes with son Michael Douglas, despite having suffered a stroke in the 1990s.