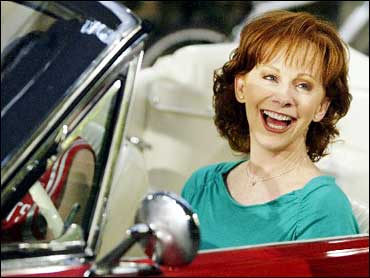 Stars of five shows on the WB television network will sport clothes from Kmart's revamped apparel lines next season as part of the retailer's strategy to set itself apart from ever-expanding competitors.

More than a dozen cast members from returning shows "7th Heaven," "One Tree Hill," and "Reba," as well as from the new shows "Summerland" and "Blue Collar TV," will wear clothes from the new back-to-school lines in multiple episodes, Kmart and the WB said Tuesday. They will also appear in Kmart Holding Corp.'s advertising.

The revamped clothing lines and partnership with the WB will help Kmart distinguish itself in consumers' minds, chief marketing officer Paul Guyardo said.

"Proprietary apparel helps build loyalty," Guyardo said. "We have to constantly ask ourselves as a retailer, what's the reason why people are going to drive past Target and drive past Wal-Mart to shop at a Kmart? One of the reasons is because you can only get these brands at Kmart."

The links with the television shows are also aimed at attracting younger consumers, he said.

Troy-based Kmart, which emerged from bankruptcy in May 2003, posted a profit in the first two quarters of 2004 and has won praise for its financial turnaround. However, it continues to lose market share, and the company is banking on redesigned merchandise to help boost sales.

The five Kmart clothing brands featured in the shows will be Thalia, a women's line named after the Mexican pop star; Route 66, men's and women's casual wear and denim; Joe Boxer; Athletech sportswear; and Gear 7, which Kmart describes as "men's urban and hip hop-inspired apparel." The parallel ad campaign is set to begin around July 25 and last through Sept. 16.

Each brand has been matched with specific shows to reflect a particular image, Guyardo said. For example, the young, "sexy, trendy" female characters on "One Tree Hill" will wear Thalia clothes, he said.

The apparel lines at the focus of the WB deal will provide the first glimpse of efforts by chief creative officer Lisa Schultz, to freshen the designs of Kmart's merchandise. Schultz, who was appointed in September, previously worked for Gap Inc.

"We've moved to great quality merchandise that you would expect to see in specialty stores," Guyardo said. "No more polyester."

Guyardo said the exclusive lines help improve profit margins because they have no direct comparison in competing stores, thus reducing pressure on prices.

However, a decision to handle all the design in-house will help keep the clothes inexpensive, he said.

Looking beyond the back-to-school campaign, Kmart will bring out a new baby line, Small Wonders, in the fall, Guyardo said. The Sesame Street brand of children's merchandise and the Jaclyn Smith clothing line aimed at women over 40, have also being redesigned, he said.