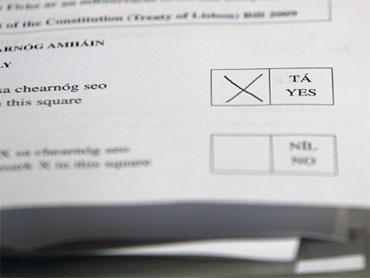 White House and Pentagon officials this week said North Korea's announcement that it is moving toward producing new nuclear weapons was a problem, but not a crisis. But a former defense secretary said the U.S. is "losing control" of the situation.

The White House says Mr. Bush plans to continue pressing for a diplomatic solution to the impasse. But administration officials have not ruled out a military response.

Asked if Mr. Bush might resort to military force against North Korea, spokesman Scott McClellan said, "The president never takes options off the table, but it's something that we want to address in a multilateral way."

But former Defense Secretary William Perry said in an interview with The Washington Post: "I have thought for some months that if the North Koreans moved toward processing, then we are on a path toward war."

"I think we are losing control. The nuclear program now underway in North Korea poses an imminent danger of nuclear weapons being detonated in American cities," Perry told the newspaper.

Perry, a Korea expert who was President Clinton's defense chief when airstrikes were plotted against North Korea in 1994, said the situation "was manageable six months ago if we did the right things. But we haven't done the right things."

He expressed confusion over what the U.S. policy is, and said diplomatic efforts have been "inconsequential." He believes Mr. Bush is morally opposed to negotiating with Stalinist ruler Kim John Il.

"I have held off public criticism to this point because I had hoped that the administration was going to act on this problem, and that public criticism might be counterproductive. But time is running out, and each month the problem gets more dangerous," he told The Post.

Tensions over North Korea's nuclear program have been on the rise since October, when Pyongyang admitted having a clandestine program to enrich uranium for nuclear weapons. The admission led to the collapse of the 1994 agreement in which North Korea had agreed to freeze its nuclear weapons program in exchange for fuel aid and the construction of two nuclear power generating stations.

However, North Korea recently said it might consider U.S. demands for talks involving several nations, if it can also meet one-on-one with the United States.

A Japanese newspaper reported Wednesday that North Korea notified U.S. officials last week that it would be receptive to multilateral talks if Washington guarantees preservation of its communist regime.

The New York Times reports China has proposed hybrid talks that would combine multilateral sessions with one-on-one discussion between the United States and North Korea.

The State Department rejected that approach, with spokesman Richard Boucher saying, "It doesn't deal with the serious issues that are involved in North Korea's affronts to the entire international community."

North Korea said Wednesday that U.S. demands for multilateral talks to resolve the crisis were complicating the issue.

On Tuesday, U.S. officials said they were not sure whether North Korea's claim was a bluff or the truth.

A Pentagon official said Tuesday it was unlikely that the North had completed processing the fuel rods at its Yongbyon nuclear complex, although officials from the United States and South Korea have said they believe the process has begun.

Some observers have speculated that North Korea might be angling for more aid.

Boucher said the U.S. "will not submit to blackmail, we will not offer any incentives or inducements for North Korea to stop something they never should have started to begin with."