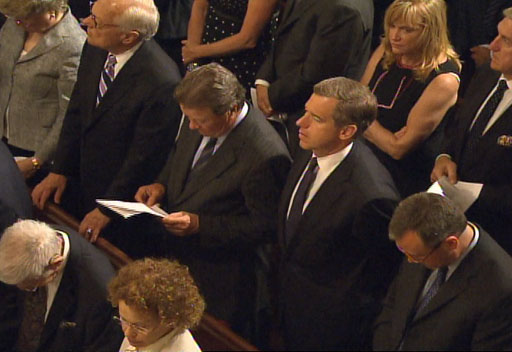 Resuming high-level talks after a nine-month hiatus, South and North Korean negotiators on Monday discussed sports exchanges, the reopening of a cross-border railway and more reunions of family members who were separated by the 1950-53 Korean War.

The talks come after Pyongyang has introduced tentative economic changes to its creaking communist system and months before a December presidential election in the South. Many South Koreans are fed up with talks that produce rhetoric, not results.

After a two-hour delay over timetable differences, the two delegations met for just over an hour and went over the agenda, a South Korean Unification Ministry official told reporters.

"The atmosphere was not bad because it was the first day," said senior ministry official Rhee Bong-jo.

South Korea proposed the initiatives, spokesman Lee Bong-jo said, and there were no details on North Korea's response. But representatives of both sides said significant progress was made in their efforts to revive the reconciliation process on their divided peninsula.

"If we join forces, there is no mountain or river we cannot cross," Kim Ryong Song, the chief North Korean negotiator and a Cabinet councilor, said at a banquet following a 70-minute meeting at a Seoul hotel.

The negotiations resume on Tuesday and are expected to focus on restarting a project to complete a railway line by the end of the year through Demilitarised Zone (DMZ) that has bisected the peninsula since the 1950-53 Korean War.

The South has completed its rail and road work right up to the edge of the DMZ, but the North has done little. The stretch in the DMZ needs close military cooperation because of mines.

The South Korean side said it emphasized the need to implement agreements made before the reconciliation process stalled rather than trying to make new promises. A flurry of agreements were reached when reconciliation was first launched after a historic North-South summit in 2000, but they ground to a halt amid U.S.-North Korean tension last year.

The resumption of talks is a boost for South Korean President Kim Dae-jung, who has been trying in his last months in office to revive his so-called "sunshine" policy of engaging North Korea. By law, Kim cannot run again, and his successor will be elected in December.

"Both South and North Korea do not have much time," said Koh Yu-hwan, a North Korean affairs professor at Dongguk University in Seoul.

"There is a presidential election in the South, and North Korea is at a point where it desperately needs outside aid to rebuild its economy," Koh said. "Both sides have no choice but to hold practical talks, rather than get into disputes."

In another sign that North Korea is softening its stance toward its neighbors, the North's state-run media said it hoped for success at Red Cross and Foreign Ministry talks with Japan this month.

"It is the consistent stand of (North Korea) to make the dialogue and negotiations effective and productive so as to solve all the problems," said KCNA, the North's news agency. It cited an editorial by Rodong Sinmun, the main state newspaper.

Japan and North Korea do not have diplomatic relations, and previous efforts to negotiate have ended in failure, partly in disagreement over the North's demand for reparations for Japanese colonial rule over the Korean peninsula in the early 20th century.

The North's communist government also appears to be moving toward a resumption of dialogue with the South's chief ally, the United States. During a recent Asian regional security forum, North Korea agreed to accept a visit by a special U.S. envoy.

Lee, the South Korean spokesman, said negotiators proposed that work resume promptly to complete the construction of a cross-border rail line within the year and help stage a reunion for separated family members during a holiday period around Sept. 21.

Several rounds of reunions were held after a historic inter-Korean summit accord reached on June 15, 2000. That agreement opened the way for a host of contacts and exchanges between two nations that have yet to overcome the bitter legacy of the Korean War.

The talks this week marked the resumption of dialogue after a long period of heightened tension that reached a peak when North and South Korean naval boats clashed off their peninsula's western coast on June 29.

Relations had also deteriorated in January after President Bush branded North Korea as part of "an axis of evil" trying to develop weapons of mass destruction.

A 100-member North Korean civic group was scheduled to visit Seoul for joint celebrations this week of the peninsula's independence from Japanese colonial rule on Aug. 15, 1945.