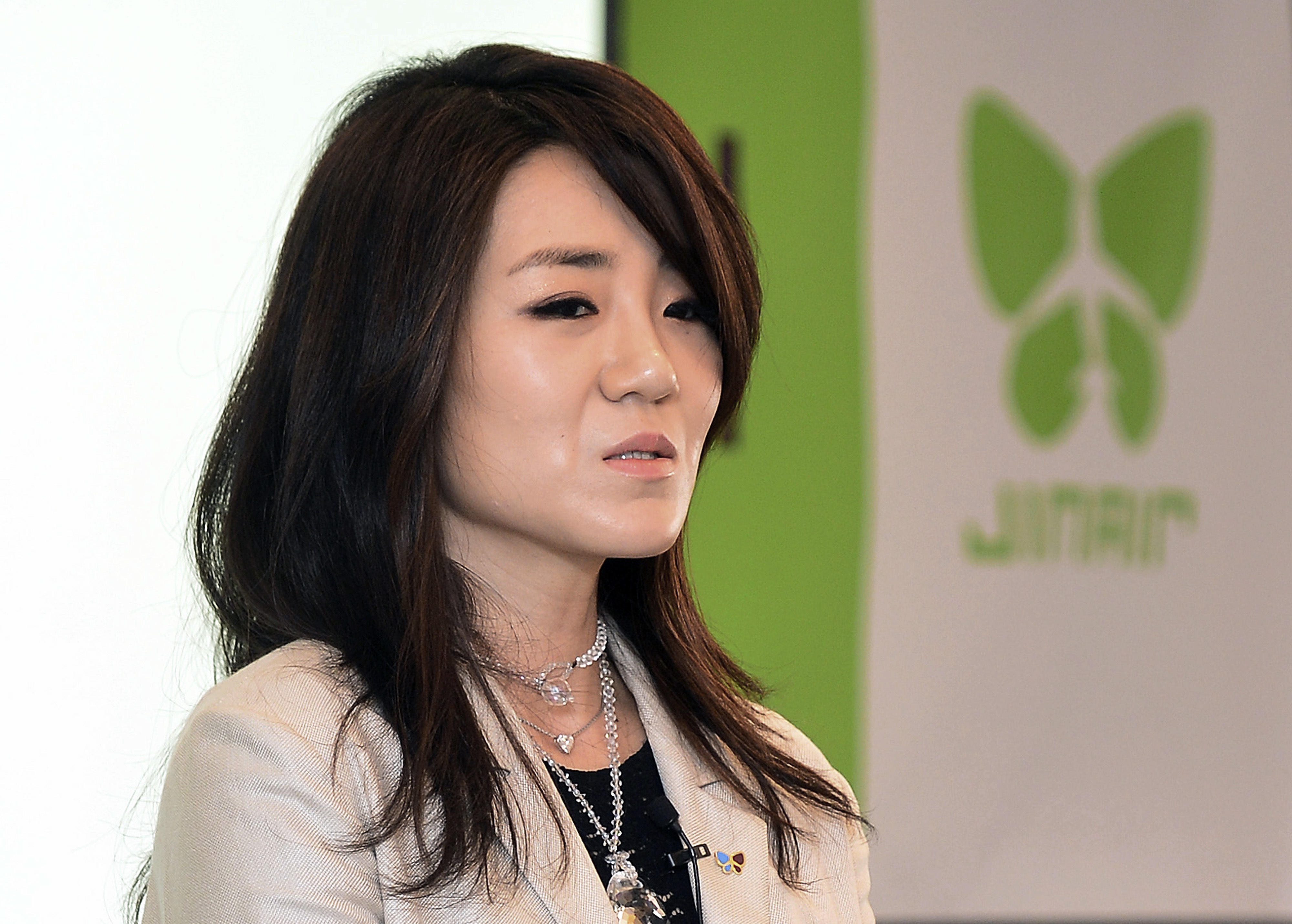 SEOUL, South Korea -- Korean Air Lines said Monday it has suspended one of its chairman's daughters from her marketing work after she threw a tantrum at a business meeting, triggering public outrage and a police investigation. The daughter, Cho Hyun-min, also known as Emily Cho, is the younger sister of another Korean Air executive whose onboard "nut rage" outburst delayed a flight in 2014.

The flag carrier said Cho, a senior vice president, was suspended from work starting Monday. It said it will take further action following the police investigation.

Cho allegedly hurled a cup of water at an ad agency official during a meeting last month. She later apologized on Facebook, saying the outburst was sparked by her passion for commercials. Cho oversaw the company's marketing and commercials.

"I apologize for my foolish behavior," she said on Facebook. "It is my big fault that I could not control my emotions."

The police investigation will determine whether Cho threw the water on the floor, as Korean Air maintains, or toward the ad agency official's face, as some media report, which could constitute physical assault.

The case is seen as the latest abuse of power by elite business families which exercise outsized influence over publicly listed companies in South Korea, even though the families are not majority shareholders. Members of the founding families of giant business groups called chaebol, often including the second or third generations, are treated as "emperors." Although Korean Air Lines is a listed company, Cho's older sister's anger over macadamia nuts being served in a bag, not on a plate, was powerful enough to force the taxiing flight to return to the gate.

More than 56,000 South Koreans have signed a petition submitted to the presidential office asking the government to stop Korean Air from using the word "Korea" in its name and stop using a logo resembling the national flag.

"There is a huge chance that foreigners who read the news about the founding family's abuse of power would assume that it is part of South Korea's national image," the petition read.