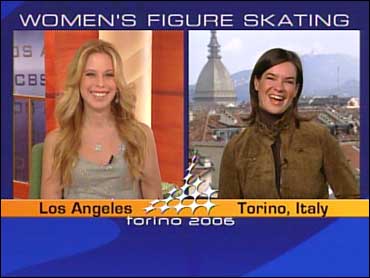 With a chance to take over the No. 1 ranking, Patrick Rafter played his best clay-court tennis. It wasn't enough.

Gustavo Kuerten scored one for aficionados of the slow red surface, beating the serve-and-volleying Rafter 6-4, 7-5, 7-6 (8-6) to capture the Italian Open on Sunday.

Rafter, ranked and seeded No. 4, would have supplanted Yevgeny Kafelnikov at the top of the ATP rankings had he won.

But Kuerten's rifle returns at the ankles and just-out-of-reach passing shots were too much for the Australian.

"I tried everything, but he was killing me from the baseline. I needed something to turn, something to go my way, because he was always in control."

Rafter insisted the pressure of playing for the top ranking had no bearing on his game.

"Definitely not," he said. "I just never really got into the match. He's the top player at the moment."

A winner at Monte Carlo last month, Kuerten is the only man with two clay titles in 1999, and he leads the tour with 28 match wins this year.

"I did a great job all week," said Kuerten, who eliminated Kafelnikov in the third round, "and I think I'm in the best form of my whole career."

That bodes well for the Brazilian at the French Open, the clay-court major that begins May 24.

Kuerten captured his first career title at the 1997 French Open as a 20-year-old unknown. Now he is among the handful of favorites in Paris. All five of Kuerten's titles have come on clay.

He set the tone Sunday by breaking Rafter at love in the first game, thanks to three backhand return winners. Kuerten's flat backhand was on target throughout, and it was the weapon of choice for most of his successful 30 passing shots.

"I came out on court very strong," said Kuerten, who moves up five ranking spots to No. 9. "He started to play it safe and didn't have confidence."

Even with Kuerten getting to nearly everything and sending shot after shot flying past the Australian, Rafter refused to abandon his attacking game.

"I have to go with my same style of play. I felt like I had to go for it," Rafter said. "But it's his surface, he's playing great, and I guess I'm going to struggle any time I play him on clay."

Kuerten certainly had the look of a clay warrior after the match. His right knee was scraped and bloody, he bore a streak of ruddy clay down his back from the top of his shoulder down to the bottom of his baggy black shorts.

Rafter, who has never won a clay title, was a bit more fastidious. He delayed play for three minutes in the second set, leaving the court to change his dirty shirt and shorts after a tumble.

Kuerten so dominated the match he even out-aced the usually powerful Rafter 8-4.

The doubles title was won by Rick each of the United States and Ellis Ferreira of South Africa. They beat the South African duo of David Adams and John-Laffnie De Jager 6-7 (0-7), 6-1, 6-2.