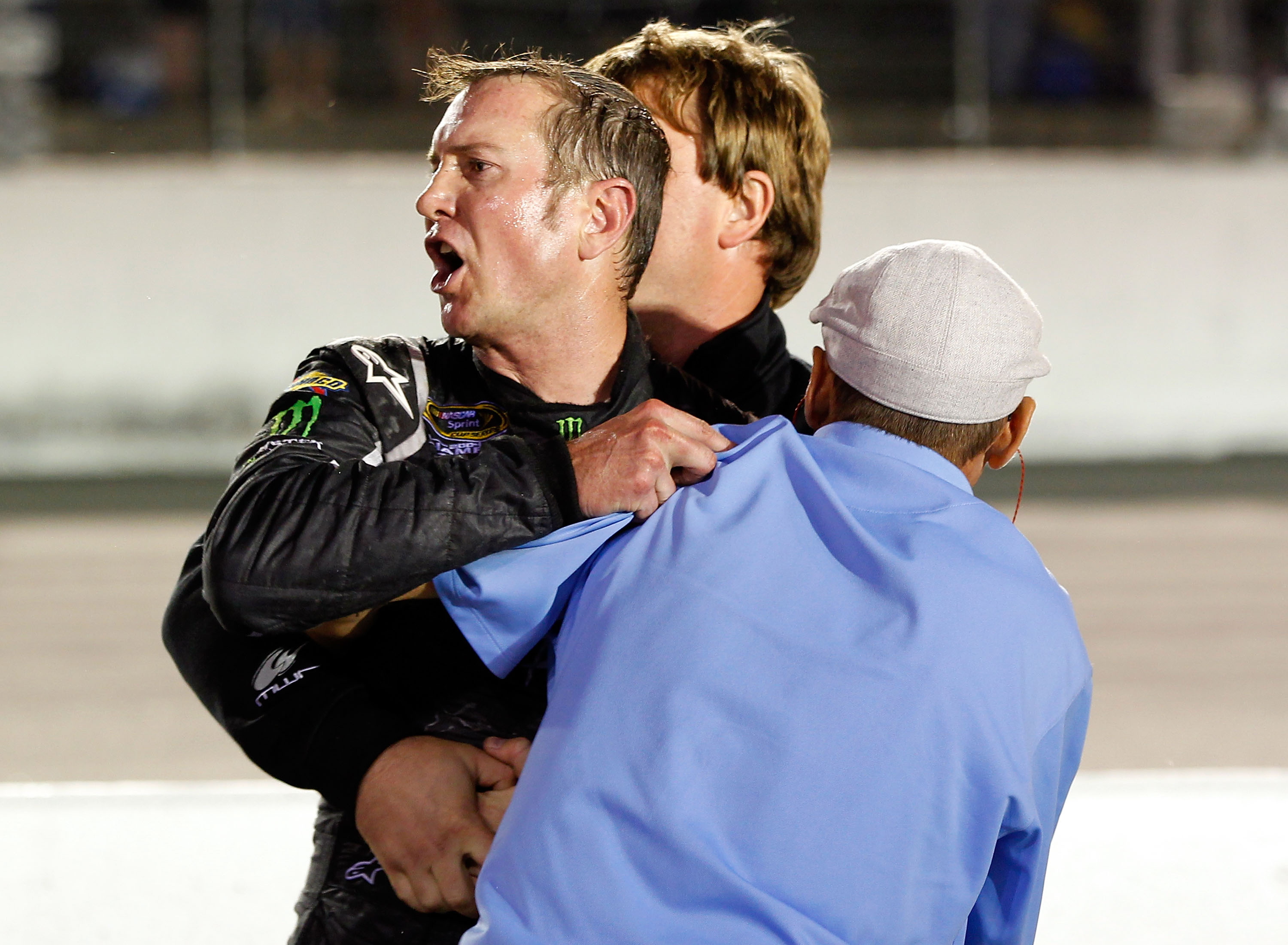 (AP) CHARLOTTE, N.C. - Kurt Busch was fined $50,000 by NASCAR on Tuesday for reckless driving on pit road at Darlington and a post-race altercation with Ryan Newman's crew members.

Busch was also placed on probation through July 25 for his actions Saturday night, which began when a flat tire caused him to wreck with six laps remaining in the race.

He headed to pit road for repairs, and as he left, he did a burnout through Newman's pit box. There were crew members over the wall and on pit road at the time, and they complained they could have been injured by Busch's actions.

Busch's motorhome driver, Craig Strickler, was fined $5,000 and placed on probation through the end of the year for interfering with a member of Fox's broadcast team.

It's just the latest dust-up for Busch, who was fined $50,000 by NASCAR last November for making an obscene gesture and being verbally abusive to a TV reporter during the season finale. Busch parted ways with Penske Racing soon after, and said he's seeing a sports psychologist to help him better deal with adversity.

But Newman insisted Saturday night not much has changed with Busch, and attributed his actions to a "chemical imbalance."

"It's easy to see and it's easy to say that Kurt blew a fuse again," Newman told SI.com after the race. "I'm not sure why he did it and tried to run over our guys and NASCAR officials. And nobody is."

Busch contended he accidentally ran into Newman's car while taking his helmet off after the race, but Newman didn't believe the explanation.

"Circumstances I think are that he lied and was so frustrated that he doesn't know how to deal with his anger," Newman said.

Busch, the 2004 NASCAR champion, is driving for underfunded Phoenix Racing this season. He promised to make this year more fun, and said he took the job with James Finch's team with an eye on proving he should return to a top-level team in 2013.

Newman, meanwhile, is in the final year of his contract with Stewart-Haas Racing. Although team owner Tony Stewart indicated Tuesday he'd like to sign Newman to an extension, in theory, both Busch and Newman could be angling for the same seats right now.

Busch and Newman were teammates for three seasons at Penske Racing, and Busch pushed Newman to the win in the 2008 Daytona 500.