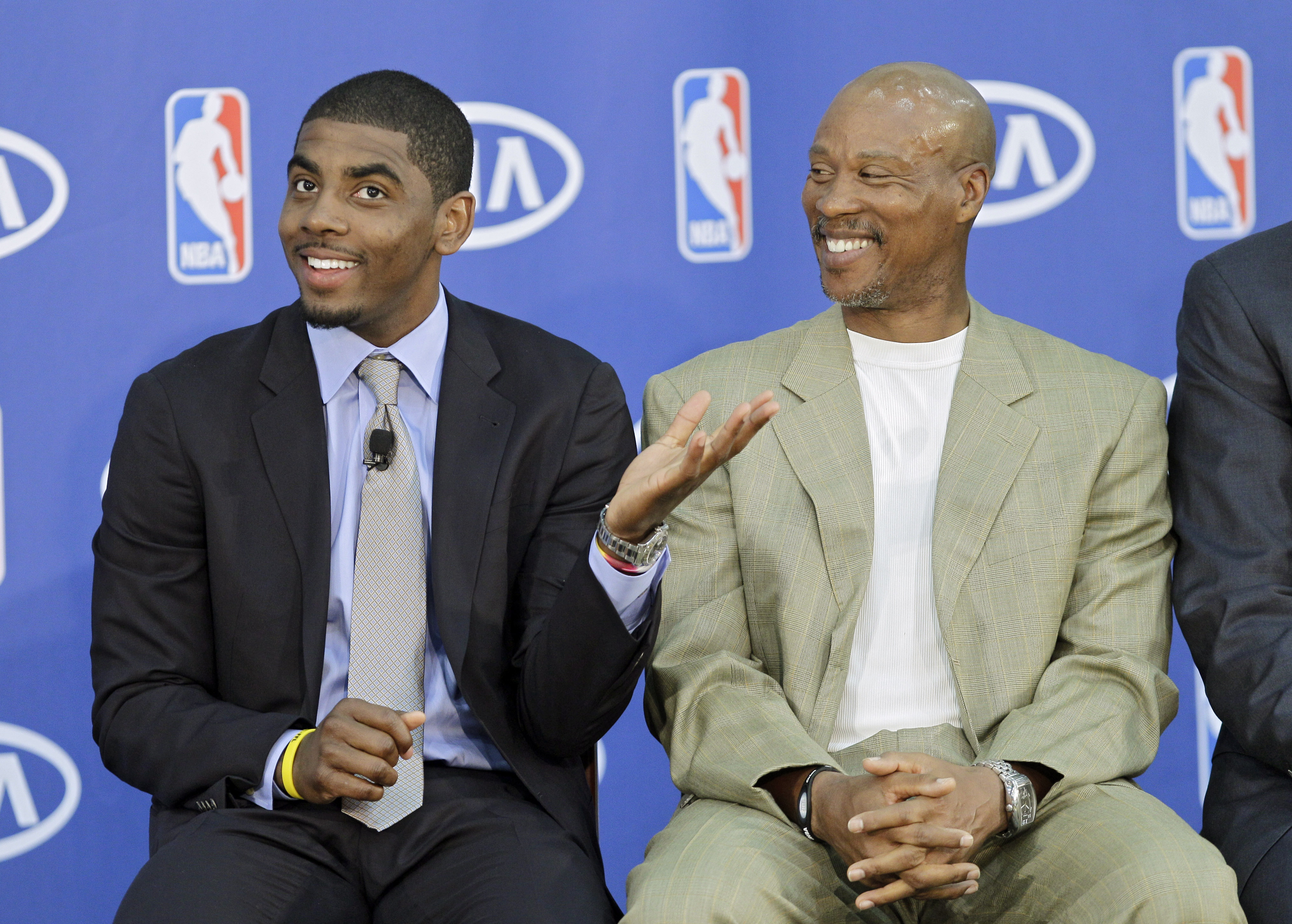 It was no different in voting for rookie of the year.

Irving, who played beyond his years and above everyone's expectations including his own, was chosen the NBA's Rookie of the Year on Tuesday, winning an award he always believed was within reach.

"It was a goal of mine," he said. "I knew as long as we won some games and beat some great team that it was going to come."

The 20-year-old is the second Cleveland player to win the award, joining LeBron James in 2004.

Irving's win was expected. It wasn't a matter of if, but when, it would happen.

The No. 1 overall pick in last year's draft, he was clearly the league's top first-year player, leading all rookies — and the Cavs — in scoring with 18.5 points per game. He also led all rookies in field-goal percentage (46.8), was second in assists (5.4) and became one of just six rookies in league history to average at least 18 points and five assists.

However, it was the other elements of his game — a nasty crossover dribble, a fearless desire to get to the basket, and a clutch, cold-blooded instinct in the fourth quarter that separated him from the others.

During a sometimes funny and emotional acceptance speech, Irving credited his father, Drederick, and his late mother, Elizabeth, for raising him. He donated a car given to him by Kia for winning the award to the New Jersey Roadrunners, his former AAU team.

Irving, who played only 11 games at Duke because of a toe injury before turning pro, regularly took over games down the stretch for the Cavaliers. He kept them competitive and in the playoff race until mid-March when the team's front office decided to build for the future by trading his backup, guard Ramon Sessions, to the Los Angeles Lakers for a first-round draft pick.

Once Rubio went down with a season-ending knee injury, Irving became the runaway favorite to win rookie of the year honors.

And beyond his impressive statistics, Irving brought hope to the Cavaliers and Cleveland fans, who have spent the past two seasons trying to move past James leaving as a free agent before he could bring them their first league title.

Irving appears to be the major piece the Cavs can build around, and they plan to get him some help next month with three of the top 34 picks in the NBA draft. The Cavs got lucky and won the draft lottery a year ago, paving the way for them to select Irving.

He was clearly the perfect choice.

"I can't wait to add some pieces this summer and see what happens next year with him," said Cavs owner Dan Gilbert, who opened his downtown casino on Monday night. "He's great and the way he carries himself is really remarkable. He's 20 years old. That wasn't me at 20 — or 40. He can't have a drink legally or come into our casino but he can do everything else."

Despite having a limited training camp because of the labor lockout, Irving started the opener for coach Byron Scott, who has formed a strong bond with his young star. He believes Irving has just scratched the surface of his potential.

"One of the easiest guys I've ever coached," Scott said. "Last year was a learning experience for him and us. I expect so much more from him next season and beyond."

Although it was assumed Irving would start the season opener, Scott didn't inform him until the day of the game so as not to pamper the playmaker. But Irving had earned the job and it didn't take him long to show the Cavs and the rest of the NBA that stardom would be in his future.

In just his third game, he had a chance to hit a game-winning layup at Indiana but rolled his shot off the rim. Still, Scott's decision to give Irving the ball in that situation was a sign the Cavs were ready to put their franchise in the 19-year-old's hands.

Irving said that moment of failure was the one he'll savor most from his first season.

"It was a stepping stone for me," he said. "It was learning experience and I needed it."

A month later in Boston, with his father sitting in a courtside seat, Irving had perhaps the defining moment of his season. With the Cavs down by two, Irving, ignoring his failure in a previous situation, drove to the basket, split two defenders and flipped in a left-handed layup to beat the Celtics.

The next day he handled his heroics with humility that was on display all season.

Irving arrived with none of the superstar trappings. There was no entourage or multimillion dollar shoe contract, no cameras chronicling his every move. He was a team player in the truest sense, often tossing the praise on others and minimizing his role in victories.

Irving chose to blend in. He stepped away from the spotlight.

At the Rising Stars game during All-Star weekend in Orlando, Irving made all eight 3-pointers to win MVP honors. Posing for a photograph afterward, Irving lowered the crystal he was presented and told the photographer, "Make sure you get the Cleveland" on the front of his jersey.

"That wasn't a publicity stunt at all," Irving said when the season ended. "I just wanted to make sure they got the Cleveland uniform in it. We're not as publicized as everybody else."

As long as Irving's around, that will change.