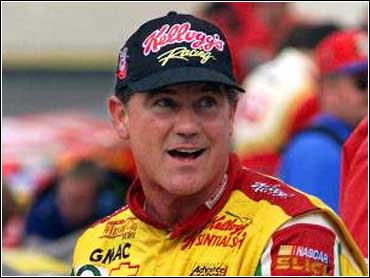 Terry Labonte, still suffering the effects of a crash last month in Daytona, said Friday he will sit out the Brickyard 400, ending a string of 655 consecutive starts that began 21 years ago.

When the 43-car field takes the green flag Saturday at the Indianapolis Motor Speedway, Labonte plans to be sitting in the pits alongside crew chief Gary DeHart while Todd Bodine drives his car.

"It's going to be strange," said the 43-year-old Labonte, who built his reputation as NASCAR's Iron Man by driving in every Winston Cup event since Jan. 14, 1979, at Riverside, Calif.

"It's disappointing but it's just a sport, just a game. It's not that important," he said.

He kept the streak going by starting the race two weeks ago at Pocono International Raceway, but ran only 26 laps before being relieved by Rich Bickle.

"I ran a few laps at Pocono and was fine," said Labonte, also know as the Iceman for his calm demeanor. "I got out of the car because of my leg. But, yesterday, we ran one lap (in practice) and I was dizzy. I didn't notice it until I got down in turn three and then I had a hard time focusing."

Bodine qualified the car while Labonte flew to Charlotte to see the doctors who originally treated his injuries. He underwent a CT scan that showed no problems and came back to Indianapolis intending to race Saturday.

But, after practicing in his No. 5 Chevy on Friday, Labonte made his decision.

"I felt much better today, but I just didn't feel 100 percent," he said. "We talked with Dr. (Jerry) Petty (in Charlotte) and he said I could run one lap in the race on Saturday, if I wanted to, and then come in.

"We're confident it's not a lingering problem, but I decided I'm going to sit out tomorrow and then Watkins Glen (next Sunday), then pick up where we left off. We'll try to start another streak."

The two-time Winston Cup champion, who has driven with other injuries through the years, said, "This is a completely different type of injury than what most guys run with. You can drive with a broken leg or a broken shoulder or a broken hand. You can still get by with a good race, but you can't fake this."

Labonte broke Richard Petty's consecutive start record of 514 races at Martinsville, Va., on April 21, 1996. The end of Labonte's streak means seven-time champion Dale Earnhardt, who will start his 633rd consecutive race on Saturday, can break the record early in the 2001 season.

Asked how he felt about being the one to end Labonte's streak, Bodine said, "I hate it. That's the bad part of the whole thing. He's been around for so long, got the streak going, and nobody wants to see it end.

"I'm glad that I can help him out and do what needs to be done, but I really wish he could be back in the car."