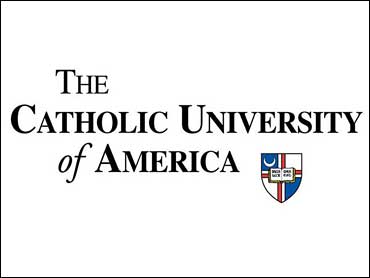 This column was written by Kathryn Jean Lopez.

I haven't been able to get into the Duke men's-lacrosse-team story. It's salacious, and I know Greta is on it. Still, I've had the vague sense the guys are not getting a fair shake. But one doesn't want to sound too sure about that, if in fact one isnot sure about that. Rape is a reprehensible crime and if a girl was raped, the crime shouldn't go unpunished — regardless of whether she's Snow White or takes her clothes off in front of drunk guys for a living. But, anyway, that's roughly as much attention as I've been paying.

Things changed for me early Thursday morning, at which point the lacrosse scandals really hit my radar. Just as soon as it hit closer to home.

Catholic University began an investigation into its women's lacrosse program yesterday after a Web site posted photos of an alleged off-campus freshman initiation party involving a male stripper, the school said in a statement. Reached in his office, Athletic Director Michael Allen declined to comment beyond the statement, which said that "underage drinking, hazing and other inappropriate activity — all purported to have taken place — are completely contrary to the mission and values" of the school.

Members of the women's lacrosse team at Catholic University of America in Washington, D.C., are seen in sexually suggestive poses with a male stripper in just a thong and socks on the website badjocks.com.

You can see the photos for yourself, but I'll take it upon myself, on behalf of the mothers of the Catholic University women's lacrosse players, to encourage you to skip the picture show.

The allegations, at this point, involve little more than crude immaturity; they are nowhere near as serious as the Duke allegations. Still, to me, they're rattling. I went to Catholic (though I couldn't tell you if we had a lacrosse team, for men or women, when I was there), so now the lacrosse scandals are personal. But my revulsion is about more than that.

When the Duke story broke, I reflexively thought, looking beyond the (big) rape allegation: "Why are college guys having stripper drunken parties? That's conduct unbecoming sensible young men." It's disappointing and depressing. But upon hearing the CUA story — and looking at the badjocks nonsense — I had a more apocalyptic response: A women's lacrosse team hires a stripper?! Crass conduct unbecomingladies?! And they attend, for heaven's sake, the Catholic University of America?!

Thank God, literally, the current CUA administration has been quick to publicly point out that such things are contrary to the mission of the school — needless to say, but must be said. But isn't this also an indicator of another kind of rot? Over the last few decades, society has worked very hard at the impossible, but nevertheless damaging, task of eradicating gender differences — on the job, on the playing field, in the military. Is it not a somewhat natural outgrowth of that cultural project that our girls are behaving badly in the same crude ways that boys are?

Young men shouldn't be getting sloppy drunk and doing childish things and paying for a stripper. But young women really shouldn't. There is something more disconcerting about the latter — and it is even more disturbing that we won't all have that reaction. It's not beyond the call of duty for women to encourage men to be gentlemen. It's women's work. .

That's why the image we have of Lynndie England at Abu Ghraib is more jarring than if she had been a Lionel or Larry England abusing prisoners. Either is bad. Both are embarrassing for all of us. Seeing England pregnant during her court martial somehow made it worse still. I want our sons, husbands, fathers, brothers to have the utmost respect for women as fellow human beings, but as women, too. If women don't have that respect for themselves — if daughters and mothers and sisters and wives don't appreciate their own feminine calling — how can we expect the guys to?

In addition to all the investigations and necessary follow-ups to this incident, Catholic University should endeavor to make its student body aware of the Pope John Paul II Cultural Center next door to campus — and, in particular, of something its namesake taught in his encyclical Evangelium Vitae:

In transforming culture so that it supports life, women occupy a place, in thought and action, which is unique and decisive. It depends on them to promote a "new feminism" which rejects the temptation of imitating models of "male domination," in order to acknowledge and affirm the true genius of women in every aspect of the life of society, and overcome all discrimination, violence and exploitation.

Because if the women of the Catholic University of America don't get that, what are the odds the guys at Duke ever will?