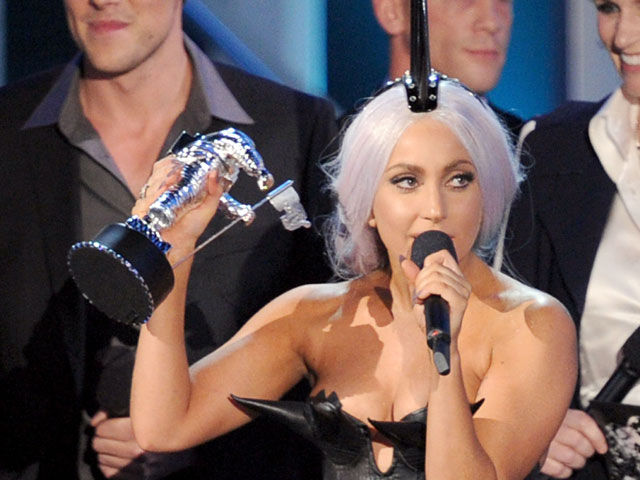 NEW YORK (CBS/AP) Lady Gaga has six nominations, including one for Album of the Year, going into Sunday's Grammy awards, but her eye is on the next album - and the next prize.

The pop star, who will be profiled Sunday on "60 Minutes," says she wants her next album "Born This Way" to be the best of the decade.

In the interview in the March issue of Vogue magazine, which goes on sale Feb. 22, the performer says that her fans deserve "nothing less" than that. Gaga - which she tells "60 Minutes" is the name she prefers to be called - also says she doesn't want to record "something trendy."

The album's first single of the same name is described as a gay-pride anthem, which the singer tells the magazine she wrote in 10 minutes.

Earlier this week, Lady Gaga wrote on Twitter the song would debut on U.S. radio on Friday.

Gaga talks about her new album, which drops in May, and about her improbable rise from college drop-out to pop star in a "60 Minutes" interview with Anderson Cooper, which airs Sunday on CBS just before the Grammys.

Watch an excerpt from the interview below and tell us what you think in the comments.