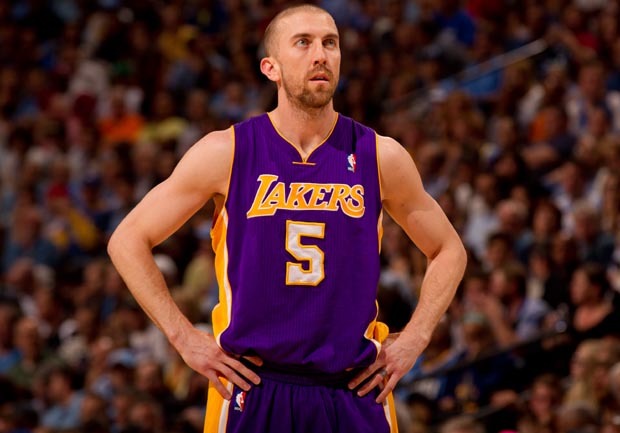 (CBS/AP) NEW YORK - Lakers guard Steve Blake and his wife have been attacked online since he missed a possible game-winning 3-pointer against the Oklahoma City Thunder in Game 2 of their Western Conference semifinal.

The Twitter accounts of Blake and his wife, Kristen, were deluged with a range of criticism after the loss Wednesday night.

"I hope your family gets murdered" read one post that Kristen Blake re-tweeted with the comment, "Wow."

"It's pretty disappointing that there are a lot of hateful people out there, but you move on," Blake said, according to Dave McMenamin at ESPN Los Angeles. "I just don't appreciate it when it's toward my family. You can come at me all you want but when you say things about my wife and my kids, that makes me upset."

Kobe Bryant took to Twitter early Friday to chastise those attacking the Blakes, saying "Lakers fans who said bad things to Blake and his wife on twitter — you should be ashamed of yourself."

Bryant said that Blake was a big reason the Lakers beat the Nuggets in the first round.

Indeed, Blake scored 19 points in Game 7 of the Lakers' first-round series against Denver.

Kristen Blake tweeted that she blocked 500 people from viewing her account.