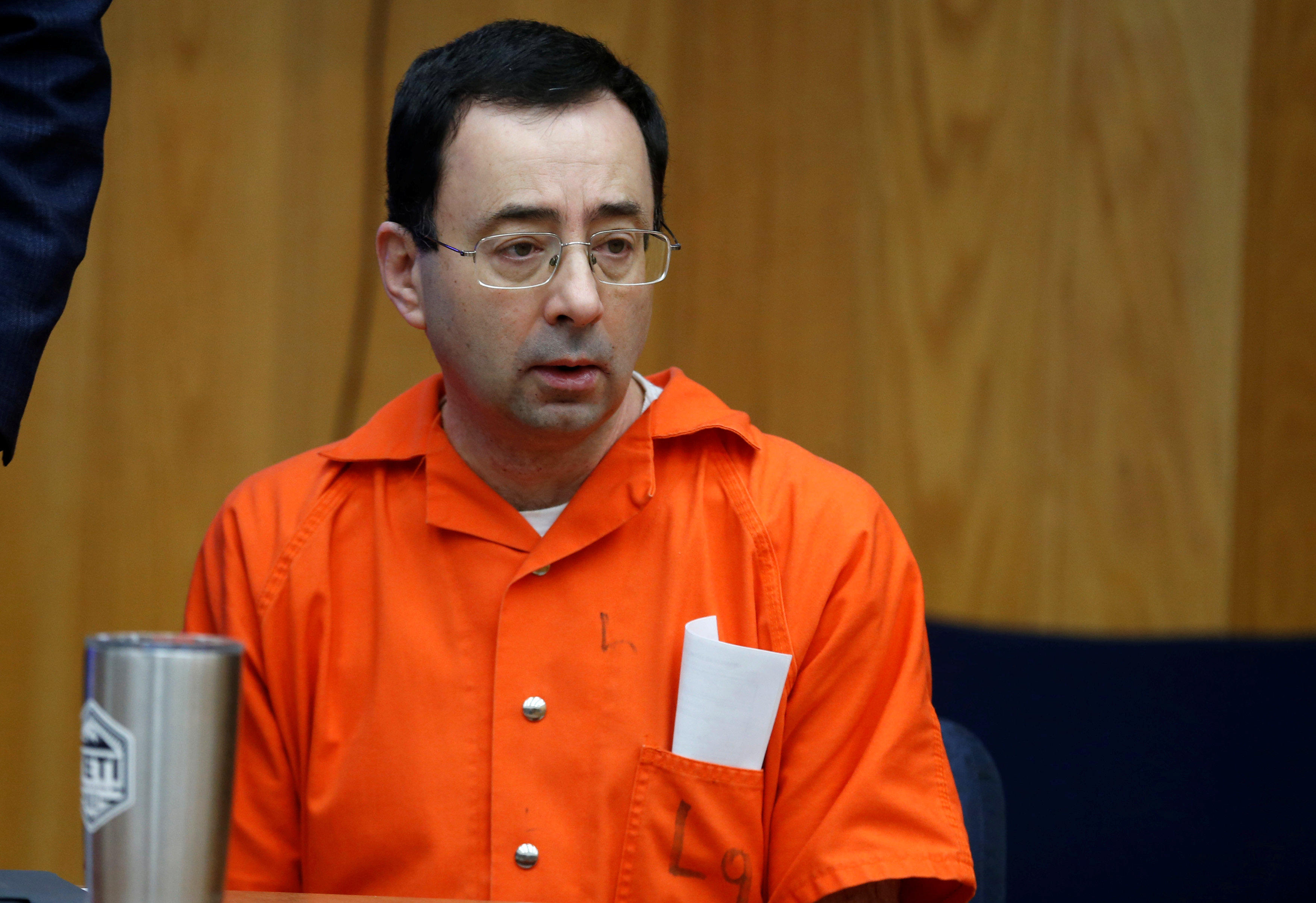 TUCSON, Ariz. -- Prison records show that disgraced former gymnastics doctor Larry Nassar has been transferred to a federal prison in Tucson, Arizona. The Federal Bureau of Prisons online inmate registry on Saturday showed that the 54-year-old was housed at the high security prison that also has an adjacent minimum security satellite camp.

Nassar faces two long prison sentences in Michigan for molestation. But first he must serve 60 years in federal prison for child pornography crimes.

The Nassar scandal upended the gymnastics world and raised alarms about the sport's ask-no-questions culture. His serial sexual abuse of girls and young women has shaken Michigan State University and elite sports associations.

More than 250 women and girls gave statements about the abuse in two Michigan courtrooms in recent weeks.

Judge Rosemarie Aquilina sentenced Nassar to 40 to 175 years in prison on the seventh day of a remarkable hearing that gave the girls, young women and their parents a chance to confront Nassar in court.

"I just signed your death warrant," Aquilina said, after saying earlier that Nassar will "be in darkness the rest of his life."

Aquilina said it was her "honor and privilege" to sentence Nassar.

"Inaction is an action. Silence is indifference. Justice requires action and a voice -- and that is what has happened here in this court," Aquilina said, before announcing the sentence.

Prosecutor Angela Povilaitis called Nassar "possibly the most prolific serial child sex abuser in history." She said at the sentencing the "breadth and ripple" of Nassar's sexual abuse is "nearly infinite," and that he found competitive gymnastics to be a "perfect place" for his crimes because victims saw him as a "god" in the sport.

"To each survivor: thank you. Thank you for coming forward, for trusting us, for doing what is so hard and difficult," Povilaitis said.

"What is obvious is that a strong group of determined women can in fact change the world -- and will," she said.

"Police and prosecutors must take on hard cases, regardless of who the offender is," she said.

Nassar, 54, made brief statement at the sentencing hearing. He said the words of those who have spoken at the hearing have shaken him to his core.

"I will carry your words with me for the rest of my days," he said.

He also said there are no words that describe "the depth and breadth of how sorry I am."

The last witness to speak at Nassar's sentencing hearing was Rachael Denhollander, a Kentucky lawyer and one of the first women to publicly identify herself as one of Nassar's young victims. Denhollander contacted Michigan State University police in 2016 after reading reports about how USA Gymnastics, which trains Olympians, mishandled complaints of sexual misconduct. Nassar worked at Michigan State and also was the national gymnastics squad's doctor.

Denhollander said Nassar groped, fondled and penetrated her with his hands when she was a 15-year-old gymnast in Michigan.

"Larry, I can call what you did evil and wicked because it was," Denhollander said Wednesday.

"You have become a man ruled by selfish and perverted desires," she said.