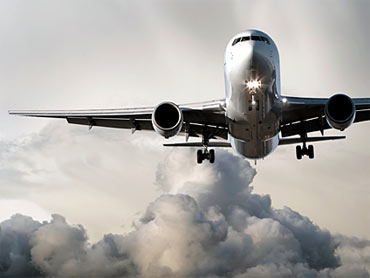 News this week of a 14-hour Virgin America "flight from hell" from California to New York last Saturday has prompted questions about the Department of Transportation's new passenger treatment rules, and whether or not they could actually help travelers in similar situations.

Virgin American passengers were stuck on their plane for more than six hours after being diverted to another airport because of high winds. Passengers received little food or water, and had to take the last leg of their journey by bus -- arriving some 14 hours after they departed.

However, starting April 29, according to CBS News Travel Editor Peter Greenberg, new rules from the Department of Transportation(DOT) will go into effect, which could change things considerably.

Under the new rules, Greenberg said, Virgin America would have owed $3.2 million in fines for the way they treated their passengers.

The rules come after several attempts to pass legislation at the state and federal levels to restrict the amount of time planes may stay on the tarmac, as well as insure passengers receive basic needs. However, all failed to pass. But in late 2009, DOT made these rules:

• The airline has to feed and give water to passengers after a two-hour wait.
• After three hours, they have to take you back to the gate.
• Any airline that violates these rules can be fined up to $27,000 per passenger.

Greenberg said these rules have created a huge battle between the airlines and the government. He said, "The airlines - off the record -- are saying, 'Want to play that game? Any drop of rain, any snow, etc, we're going to cancel flights preemptively.' That's counterproductive because the airline doesn't get any revenue. We're heading for a showdown on April 29, no doubt about it."

But what will happen?

"The airlines can't be without revenue and passengers can't be stuck on the ground," Greenberg said. "The airlines are going to have to start rescheduling flights. You can't have airlines scheduling 34 flights leaving at 8 a.m. Airports can't handle that. Ideally, we'll see re-jiggering in schedules from smart airlines. I'd much rather take a 9 p.m. flight with no delay, than a 5 p.m. flight with a four-hour delay. And that's what we see now. So the threat of penalties might have airlines schedule correctly."

Greenberg said after April 29, airlines will start cancelling planes. He said fewer flights will be scheduled for peak times, and staggered throughout the day.

"They'll want to see who can play this game and not blink. The airlines don't want to have to play this rule because that's a $27,500 fine per passenger."