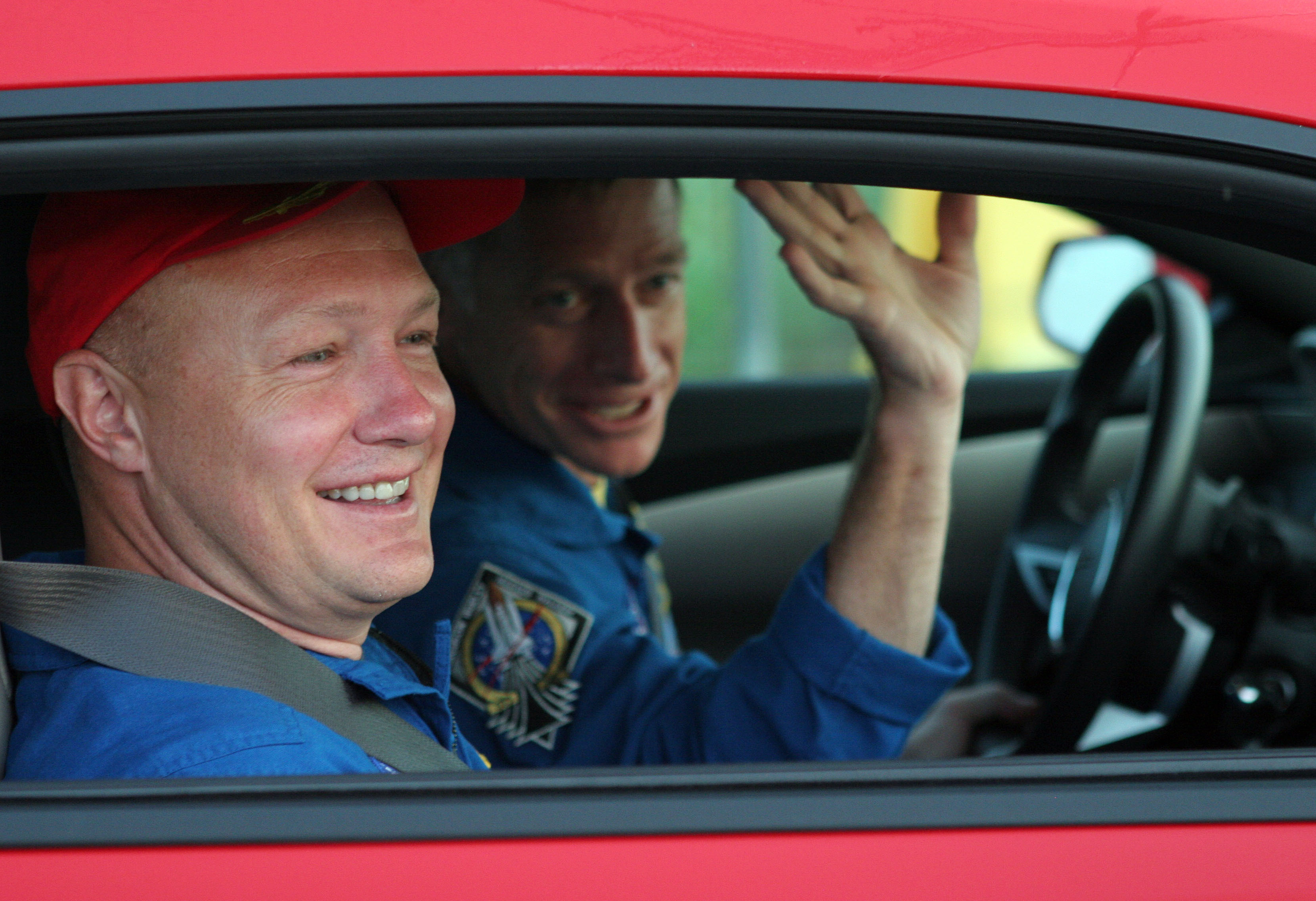 CAPE CANAVERAL, Fla. - The weather isn't cutting NASA any breaks, not even for the last space shuttle launch set for Friday.

Bad weather is expected, and forecasters said there's a 70 percent chance that rain or thunderstorms will prevent Atlantis from flying. No hail or other severe conditions are anticipated, just "a lot of nuisance weather," said the shuttle weather officer, Kathy Winters. The weather improves slightly over the weekend.

Friday's forecast would have to get worse before he'd call off the launch, mission management team leader Mike Moses said at a Wednesday news conference. A rain-free, storm-free zone is needed 23 miles around, among other things, in order for Atlantis to take off.

Launch director Mike Leinbach doesn't just want a hole in the clouds for Atlantis to sneak through, he wants no clouds for this historic send-off — the last of the 30-year shuttle program.

Between 750,000 and 1 million people are expected to jam the area for the launch, rivaling the crowds that gathered for the Apollo moon shots.

"I hope it's not like the last launch where we only saw it for 22 seconds," Leinbach said, referring to Endeavour's May liftoff when the shuttle quickly disappeared into the clouds.

"I only know of one way to make it a 100 percent no-go forecast, and that's to not put propellant in the tank," Mike Moses told reporters.

The weather was the only uncertainty hanging over the 135th and final shuttle launch. At the mission management meeting Wednesday, there were only a few technical items to discuss, all minor. The formal "go" for launch came easily.

In the hallways of Kennedy Space Center, the mood is increasingly somber, Leinbach said. Thousands of shuttle workers will lose their jobs soon after Atlantis and its four astronauts return from the 12-day space station delivery mission.

Even so, Moses and Leinbach stressed, there is no desire for delays that would push off those layoffs.

"Friday's game day for us, so we don't want to wait until Saturday" or beyond, Leinbach said.

If Atlantis isn't flying by Sunday, NASA said it will have to wait until at least July 16. That's because of a scheduling conflict with an unmanned rocket due to lift off next week.

"We know there's a lot more interest in the final launch, but when we're on console Friday morning, it's going to be like any other launch," Leinbach said.

He did confide that he slipped out to Atlantis' launch pad over the weekend and spent a few hours by himself, soaking it all in one last time.

Like so many others, Leinbach was inspired by the space shuttles. He applied to NASA in 1984, three years after Columbia made the first shuttle flight. Also like so many others at Kennedy, he's disturbed that the future of human spaceflight is still so murky.

NASA was supposed to aim for the moon after shuttle, but President Barack Obama scrapped his predecessor's plan in favor of expeditions to asteroids and Mars. That's still years away, though. So are the astronaut ferry flights to the International Space Station planned by commercial companies.

While things are going to be "significantly different" around the launch site in the months ahead, it won't be the same either for the millions of people who grew up with the space shuttles, Leinbach said.

"Anyone under the age of 30 has always had the shuttle program as a part of Americana, and we won't have that anymore," he said.

If Atlantis gets off Friday, landing is planned for July 20 at Kennedy Space Center. The early shuttle flights landed at Edwards Air Force Base in California, which is still the backup touchdown site.

Atlantis will go on display at the Kennedy visitor complex. Discovery and Endeavour will head across the country to museums.

"I think I speak for everyone at KSC," Leinbach said Wednesday in a parting shot, "that it will really stink if we landed out west this time."