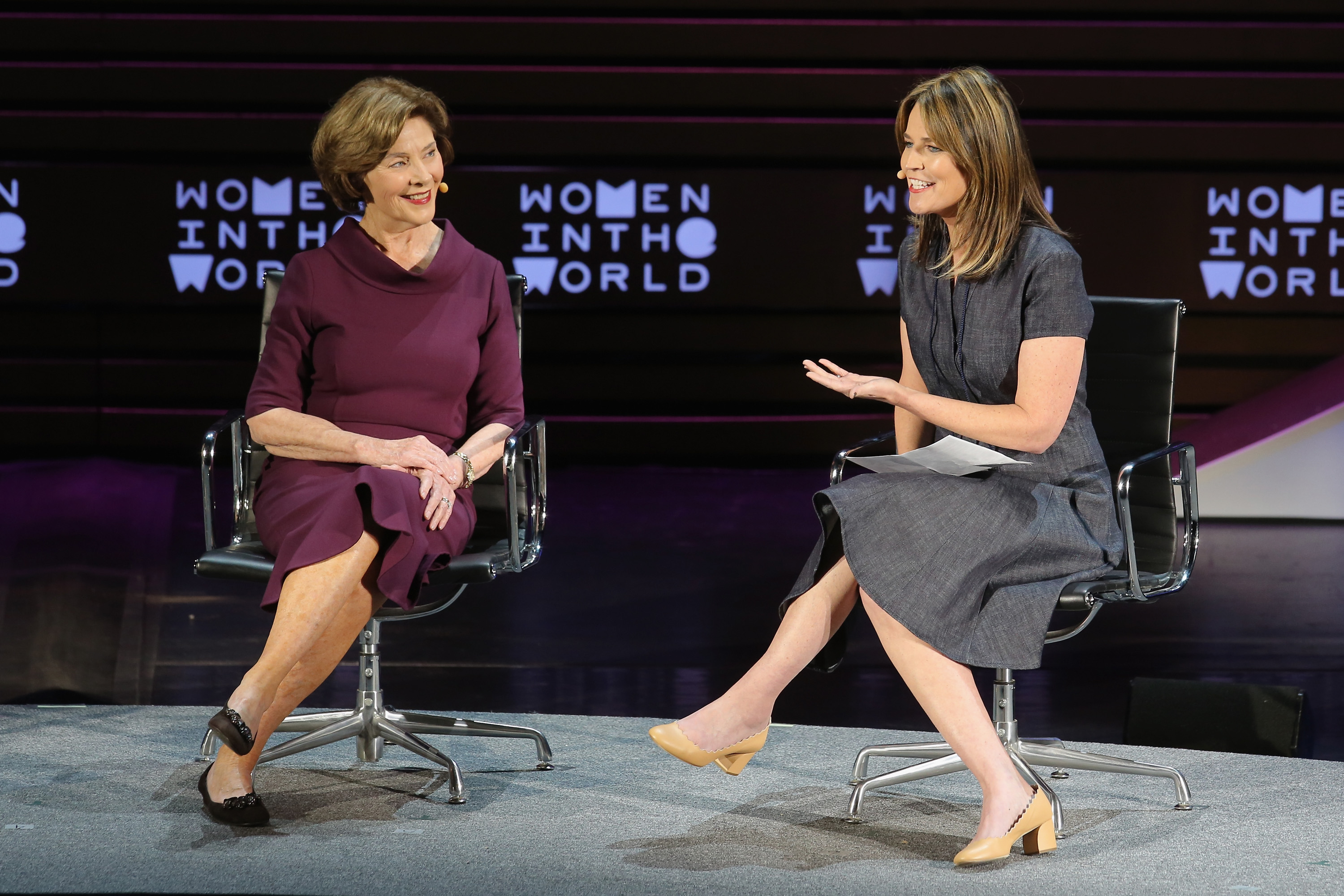 Former First Lady Laura Bush opened up about the race to the White House last week, giving the public a hint about what qualities she would look for in a presidential candidate.

"I want our next president - whoever he or she might be - to be somebody who is interested in women in Afghanistan and who will continue U.S. policies," Bush said Thursday while speaking at New York's seventh annual Women in the World Summit. She added that the next occupant of the Oval Office should "continue to do what we're committed to do as a country."

The former first lady, wife to George W. Bush, continued: "That's who I want - or the kind of people that will do that and will pay attention to our history, and know what's what's happened before and know specifically how we can continue to do the good things that we do around the world."

Bush's comments sparked some speculation from news outlets like the Washington Times and the British Telegraph that she would be throwing her hat in with Hillary Clinton, whose work at the U.S. State Department often aimed to prop up women in developing countries.

But a Bush family spokesperson denied that the former first lady would back Clinton over Republican candidates like Donald Trump.

"They are definitely trying to make this into something it isn't," Freddy Ford, of the George W. Bush presidential center, told CBS News. "Nowhere did she name any candidates."

Mrs. Bush has not given her support to any White House contender since her brother-in-law, Jeb Bush, stepped down from the race earlier this year, following a crushing defeat in South Carolina's primary race.

Bush's recent comments in New York reflected views she shared last month during a USA Today interview when promoting her new book, "We are Afghan Women: Voices of Hope."

"We have a tendency in the United States, and it's happened other times in our history, to become sort of isolationist and xenophobic, and you know, we're just going to stay here together and not pay attention to the rest of the world," she cautioned. "I understand that Americans are angry and frustrated but we do not need someone in the Oval Office who mirrors and inflames our anger and frustration."